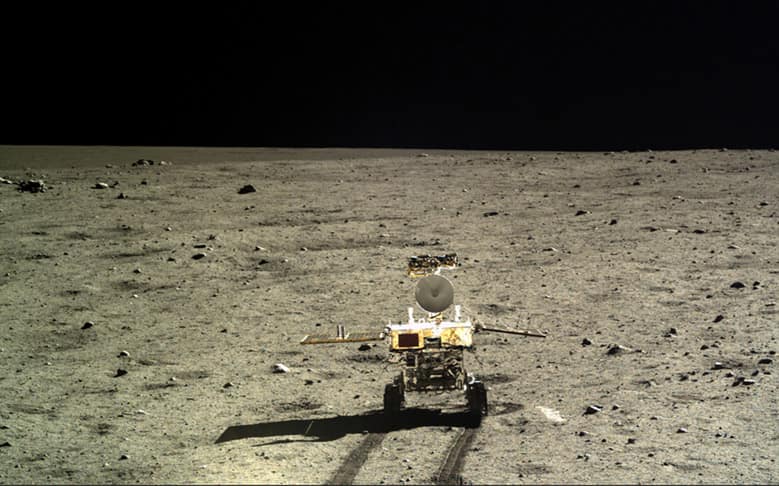 China has just released photos of the Moon taken by the ‘Jade Rabbit’ lunar rover – its first robotic moon rover – in honor of China’s Middle-autumn Day, a traditional festival among families partly celebrated by enjoying the full moon.

One of the incredible shots released incorporated 56 individual frames into a stunning 360 degree panorama of the lunar surface.  The rover also captured detailed images of its own trail across the dusty surface of the Moon, alongside impact craters and rocks.