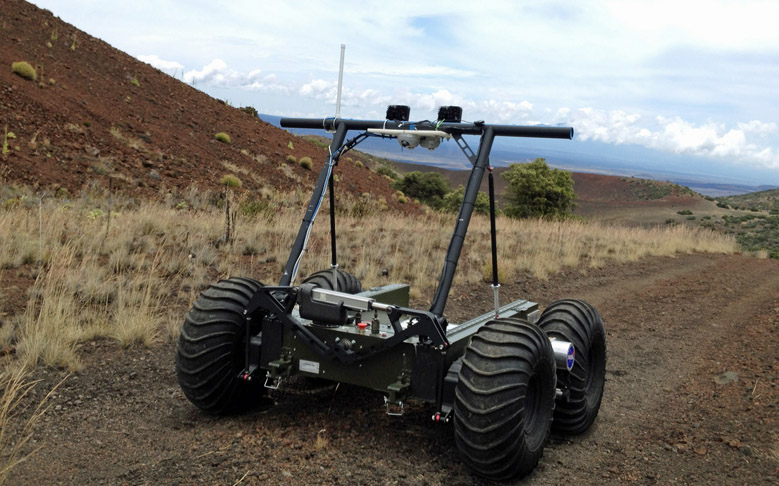 The PISCES planetary rover during a test run at one of the Center’s planetary analogue test sites on Hawaii Island.

PISCES’  planetary rover overcame its first challenge on a mock-Martian/lunar surface, July 21-24, at the PISCES planetary analogue test site near Hale Pohaku on Mauna Kea.  Project Manager Rodrigo Romo and his team maneuvered the 726 lb. rover over slopes of fly-ash and tephra, tested its cameras, wireless communication links, and successfully conducted a night-time drive at an altitude of about 9,000 feet.  The team also accomplished a key goal of remotely operating the rover atop the mountain from Gemini Observatory’s Mission Control Room in Hilo. 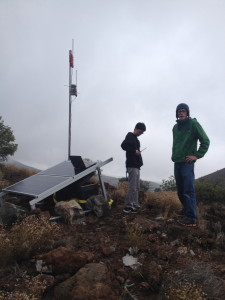 The rover covered 4,000 meters of ground over three documented drives and successfully utilized PISCES’ wireless communication links which packed enough signal to cover the entire valley that makes up the analogue site.  The night time drive yielded favorable results.  However, the team is now looking at adding an Infra Red (IR) LED-based illuminator as an alternative to improve depth visibility in the dark.

It took eight weeks for Romo and his robotics team to prepare the rover for the test-run.  University of Hawaii at Hilo Robotics Technicians Max Kerr and Casey Pearring, along with Akamai intern Nasre Manasrah of UH Maui College (UHMC), and summer volunteer Matt Takemoto of Western Washington University, all contributed to the successful mountainside traverse that tested the rover’s capabilities while giving the group valuable work experience in avionics.

The next phase of development for the rover includes adding weather monitoring sensors, integrating GPS navigation and a flight-delay emulator, and completing a GUI (graphic user interface) in collaboration with students at UHMC.  Romo expects to conduct the next test for the rover in late Fall of this year.

The PISCES Robotic Team wishes to extend a special Mahalo to Marc Seibert and Bill Dearing from NASA for their help and support with the wireless communications links, which are made possible thanks to the construction of the portable PISCES wi-fi repeater relay system that was built in December of 2013. 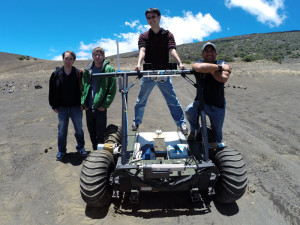 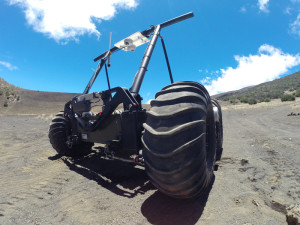