50 Years Ago: First Moon Image Captured by a U.S. Spacecraft 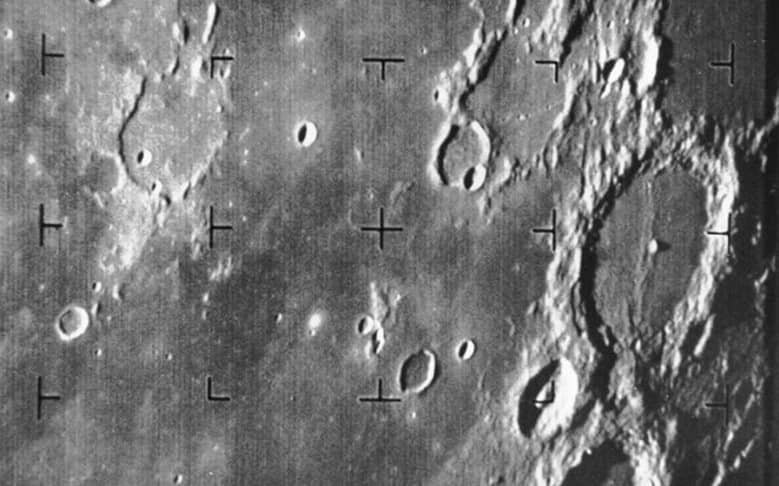 The first picture of the moon taken by a U.S. spacecraft in 1964.  Credit: NASA.

Roughly five years before the first manned moon-mission, NASA set out to get a better look at our lunar neighbor.  A series of spacecraft called “Rangers” attempted the 240,000 mile journey to capture the first images of the moon, but the first six were unsuccessful.  Ranger 7 triumphed, capturing 4,308 stunning images on July 31, 1964.  The high-quality photos were taken during its last 17 minutes of flight, being transmitted back to Earth in real time before the craft collided with the lunar surface.  The images helped scientists understand the moon’s terrain and determine suitable landing sites for the coming Apollo missions.

The image above – the very first picture of the moon taken by a U.S. spacecraft – shows a range of about 200 miles from top to bottom, and includes craters named Alphonsus, Ptolemaeus, and Arzachel.