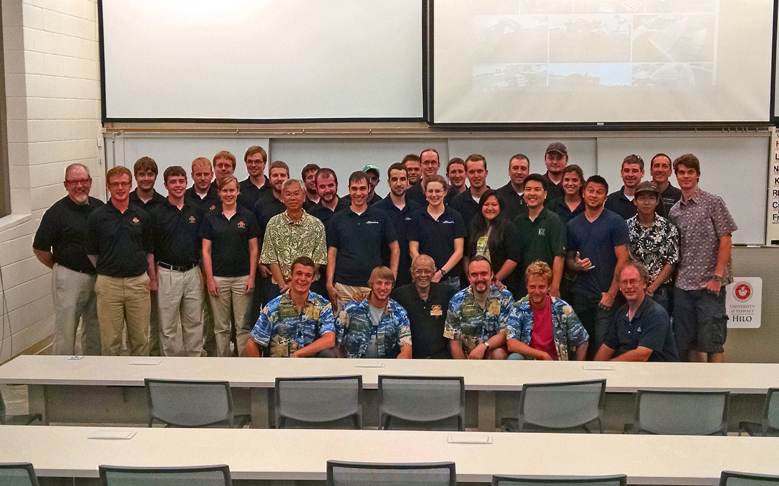 The first annual PISCES Robotic International Space Mining competition concluded today (July 26, 2104) with an awards ceremony at the University of Hawaii at Hilo, announcing the winning teams and runner-ups for three categories following a week-long contest that made Hawaii home to the first event of its kind. 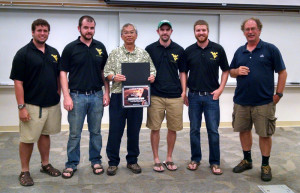 WVU Team Members won First Place in the categories of ‘Best in Mining’ and ‘Best in Operations’.

The results for the competition were as follows:

Category of ‘Best in Mining’

Category of ‘Best in Design/Innovation’

Category of ‘Best in Operations’

Runner-up teams in the Operations category overcame challenging odds to achieve their placement.  UA lost power in one of their robot’s wheels, operating on “three-wheel drive,” while UNH faced network connectivity issues from the control room after their router began spewing smoke.

PISCES Test Logistics and EPO (Education and Public Outreach) Manager John Hamilton, who spearheaded and coordinated the competition, expressed his appreciation to the teams and participants following video highlights recapping the week-long event.

“Thank you from the bottom of my heart for coming here and making history,” Hamilton said.

PRISM intends to continue making history next year, with teams from other countries anticipated to compete in Hawaii for the second annual competition.