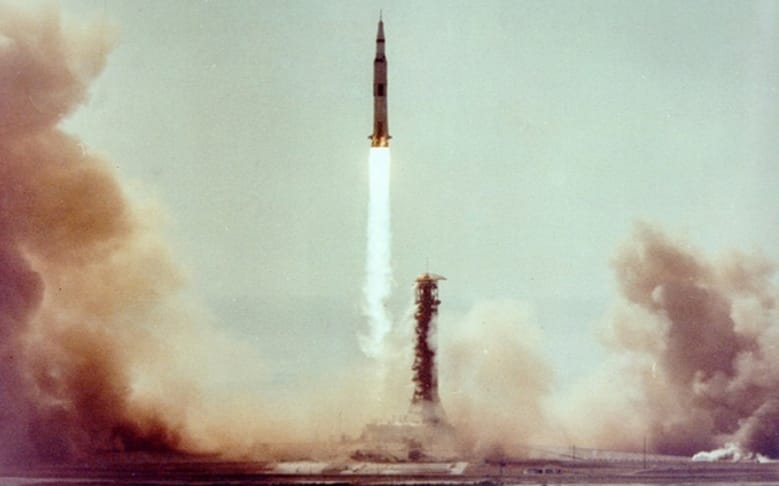 Above: The Saturn-V rocket carrying the Apollo 11 crew and capsule blasting off from Florida’s NASA Kennedy Space Center on July 16, 1969. Photo credit: NASA

Forty-five years ago today (July 16, 2014), the Apollo 11 crew and capsule blasted into space from the NASA Kennedy Space Center with the intention of making the first lunar landing in history.

Astronauts Neil Armstrong, Michael Collins, and Edwin E. Aldrin Jr. left the launchpad at 9:32 a.m. in a 363-foot tall Saturn-V multi-stage rocket that thrust them into space with 7.5 million pounds of fiery force. Parking in Earth orbit, the crew made their trajectory towards the Moon, making the roughly 240,000 mile trip within three days.

A record-breaking audience of television viewers witnessed Armstrong and Aldrin touching down on the lunar surface and making history with their first footsteps.

The first manned moon mission inspired countless hearts and minds for generations to come, and Armstrong’s famous words continue to echo through the reaches of time and space:  “That’s one small step for [a] man. . . One giant leap for mankind.”