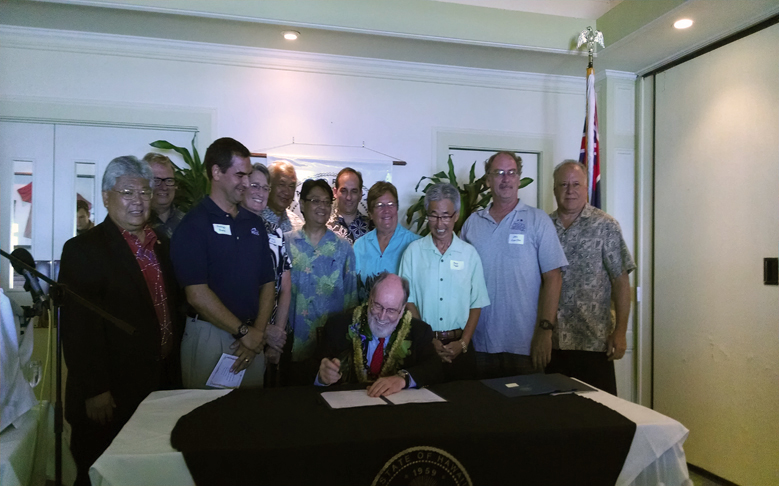 Spirits were high this morning (July 1) at the Hilo Yacht Club as Hawaii Gov. Neil Abercrombie signed two appropriation bills into law. Under the bills,  the Pacific International Space Center for Exploration Systems (PISCES) will receive a total of $750,000, part of which will fund groundbreaking initiatives between PISCES and NASA.  The governor said the bills will create opportunities for higher education, science and technology development, green industries, and economic growth in the State of Hawaii.

The first bill, HB2152, allocates $500,000 toward strategic programs, general tasks, and administration within PISCES.  The second, HB2583, appropriates $250,000 in matching funds between Hawaii and NASA to conduct an engineering assessment for the proposed construction of the world’s first long-term Laser Ground Communication Station on the Big Island.