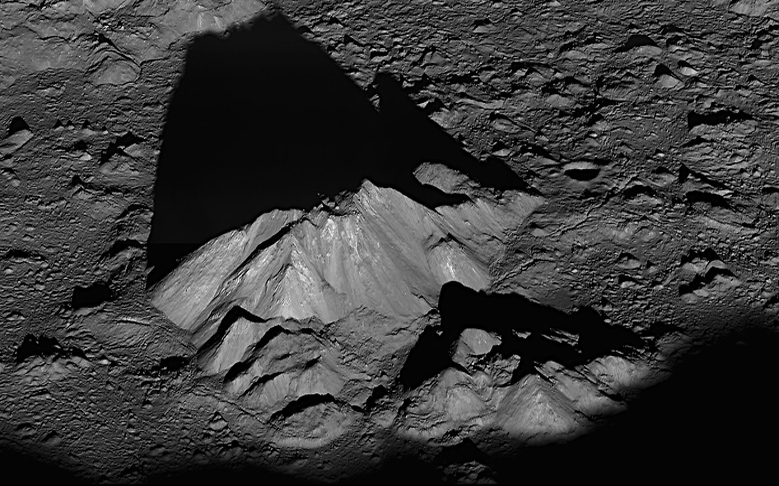 Photo of Tycho Central Peak captured by the Lunar Reconnaissance Orbiter.  Located in the middle of Tycho Crater on the lunar surface, it stretches 9 miles across, and 1 mile high.   Image Credit: NASA.

NASA’s Lunar Reconnaissance Orbiter (LRO) is celebrating five years in space this month with an incredible collection of images captured by its high resolution camera.  The cover photo to don the collection, chosen by the public, reveals Tycho Central Peak, a lunar mountain nestled at the center of an 87 kilometer crater in the moon’s southern hemisphere. Since launching skyward on June 18, 2009, the LRO has changed the way we view and understand the moon.  It has mapped roughly 5.7 million square kilometers of the lunar surface, providing the most accurate and detailed imagery of the moon to-date.  Its instruments have made important scientific discoveries, finding the coldest temperatures known in the solar system, and collecting more lunar measurements than all its predecessors combined. Read More . . .