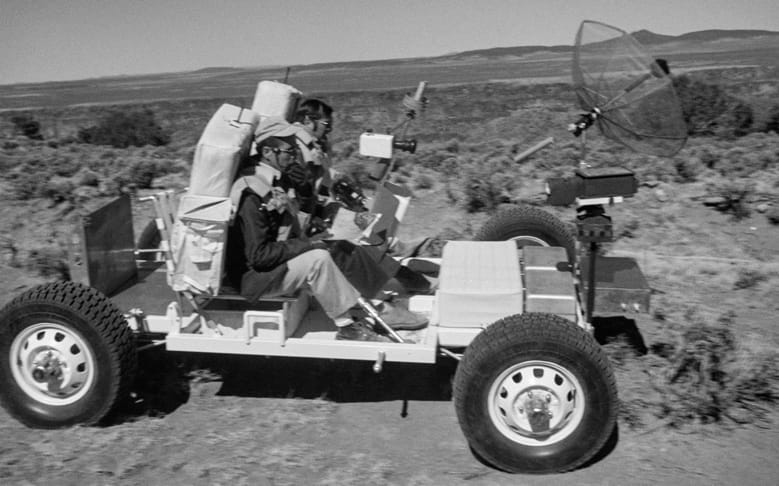 1971: Apollo astronauts training on the Big Island of Hawaii with the lunar roving vehicle, popularly known as the “Moon Buggy”. Photo from NASA.

DID YOU KNOW? Hawaii played a significant part in preparing the Apollo astronauts for their space missions.

Because the Big Island’s volcanic terrain has an uncanny resemblance to the terrain on the Moon, the isle made for an ideal training ground for Apollo crews.

Last December, PISCES Executive Director Rob Kelso went on a mission to search for photos documenting Hawaii’s role in helping send the astronauts to the surface of the Earth’s only natural satellite.

NASA digitally transferred them to a CD, which PISCES received in February. The Center has since been working on putting together two murals displaying the pictures. One is now hanging at the PISCES office in Hilo, and the other is in the works.

Newly released to the public, here they are – priceless pictures capturing Hawaii’s chapter in the history of the Apollo era.

MAHALO TO MIKE GENTRY at NASA JSC FOR HELPING US FIND THESE INCREDIBLE IMAGES!

Hawaii Tribune-Herald: Click on the picture to read article. 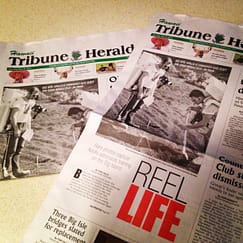