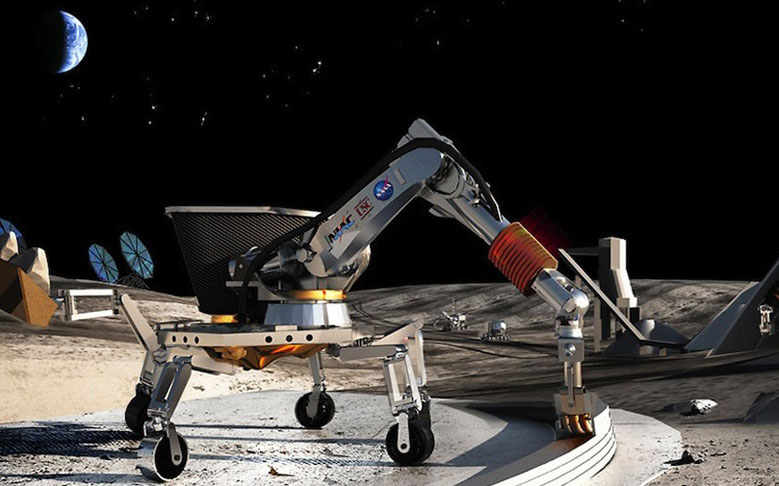 Hawaii lawmakers passed a Resolution April 15th supporting PISCES and NASA-partnered projects that involve using lava rock, or basalt, as construction material for use on Earth and in outer space.

One of these projects calls for developing ‘lunar concrete’ using basalt. This technology – also known as “basaltic concrete” – could potentially make Hawaii ‘greener’ by reducing the amount of concrete the Aloha State imports from the mainland, as well as creating jobs in manufacturing and technology at home.

Traditional concrete is typically a mix of gravel, sand, and water, with cement binding everything together.  To produce lunar concrete, PISCES is challenged with finding the most effective binding agent that would ‘glue’ the basalt together. The goal is to develop locally-produced concrete to build structures like roads and sidewalks.  PISCES is working with the Hawaii County Department of Research and Development and Department of Public Works to lay prototype slabs of this new concrete in a section of sidewalk on the Big Island. Each slab will consist of a different binding agent, and will be monitored over the course of a year to see which slab holds up the best.  The target date for the installation of the ‘lunar sidewalk’ is set for August – the exact location has yet to be determined. 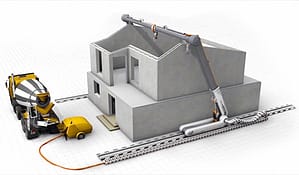 Pictured above is a robotic 3D printer that can build a home in one day. This technology is called Contour Crafting and was invented by Dr. Behrokh Khoshnevis of CRAFT, which is a research center at USC that PISCES has an MOU with (Image courtesy of CRAFT).

The second PISCES-NASA project involves 3D printing on a construction scale using basalt. Here on Earth, 3-D printers are already building houses using recycled materials. In space, however, blasting construction materials via a rocket is too costly.  Basalt could be the key to building infrastructure in space using robots. Because Hawaii’s basalt is so similar to the regolith found on Mars and the Moon, it could be used to 3D print shelters, landing pads, and tools ‘in-situ’ – or on-site- on other planets.

Due to the exciting potential of such technology, PISCES is one of four partners chosen by NASA to work on a project involving robotic-enabled construction. Hawaii lawmakers – through Senate Concurrent Resolution No. 83 – are backing this initiative. Under the proposed plans, PISCES and NASA would work together to 3D print a landing pad, a curved wall, and a dome-shaped structure in Hawaii using basalt.  The first phase of the project could begin as early as October and continue for three years.