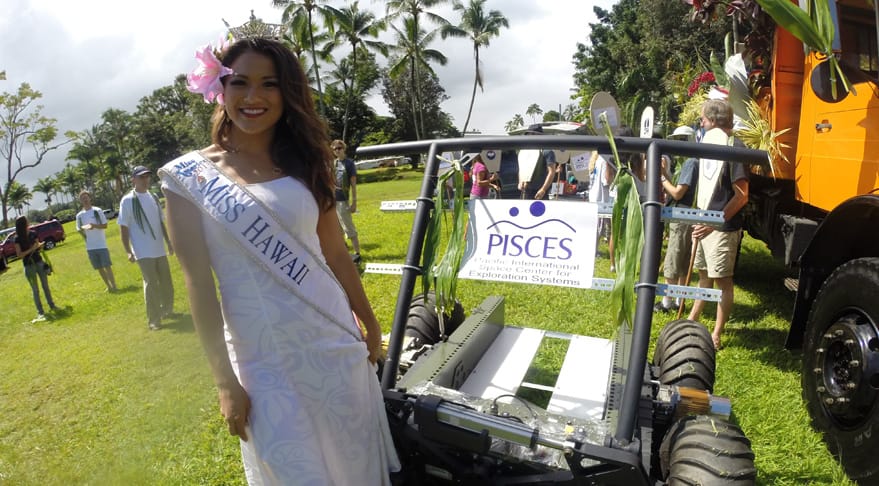 The PISCES rover on Saturday, April 26, had the honor of “marching” in the Merrie Monarch grand parade through Hilo town, and meeting many Hawaii A-listers such as Miss Hawaii 2013 Crystal Lee and Big Island Mayor Billy Kenoi.

The parade is among the various events held during the week-long Merrie Monarch Festival, which is considered the Super Bowl of Hula competitions.

The rover was accompanied by the PISCES team and other members of the Mauna Kea Astronomy Outreach Committee (MKAOC). Prior to marching, all were blessed during a traditional Hawaiian ceremony performed by Kahu Kimo Pihana, who is a member of the PISCES Cultural Advisory Committee.