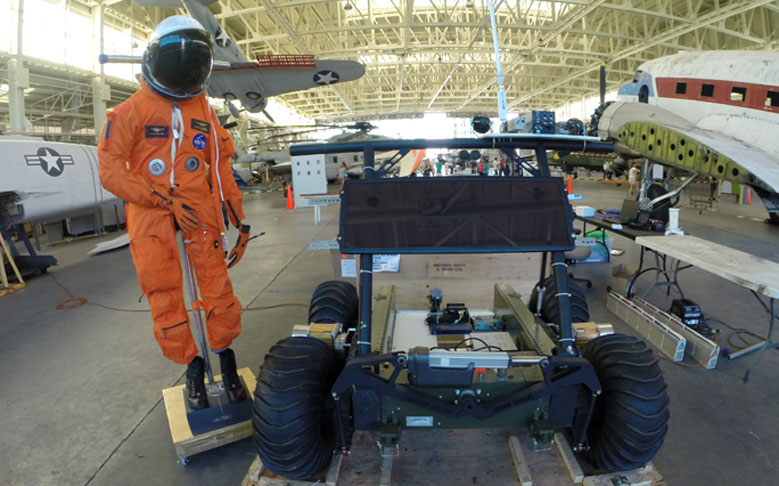 PISCES showcased to the public for the very first time its newly acquired lunar rover at the Pacific Aviation Museum Pearl Harbor’s “Discover Your Future in Aviation” event on Saturday, March 29.

The official public debut was the grand finale of events set for the PISCES rover, from a surprise visit to students at Stevenson Middle School in Honolulu, to a private reception at the Pacific Aviation Museum, live news coverage on KHON and KITV’s morning shows, a demonstration at the Hawaii State Capitol for Legislators, and a spot on the front pages of the main and local section of the Honolulu Star-Advertiser…it was a busy and exciting week for this space vehicle!

The lunar rover comes from Canada, specifically Ontario Drive Gear (ODG), a company that manufactures amphibious vehicles for extreme conditions. ODG has been invited by NASA and the Canadian Space Agency to develop lunar rovers for future missions to explore the moon and other planets. In 2013, PISCES signed a Memoranda of Understanding (MOU) with ODG. Click here for ROVER FAST F.A.Q.’s.

Throughout all of the events, the PISCES Moon rover was accompanied by a very special spacesuit – an authentic NASA Launch Entry Suit (LES), also called the “pumpkin suit”, worn by NASA Administrator Charles Bolden. It is one of three spacesuits that PISCES has loaned from Heinlein Prize Trust. Read more… 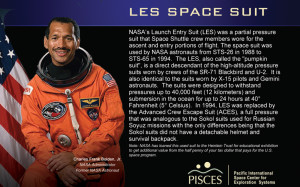 MAHALO TO ONTARIO DRIVE GEAR, PACIFIC AVIATION MUSEUM PEARL HARBOR, and HEINLEIN PRIZE TRUST for all of your help and support!