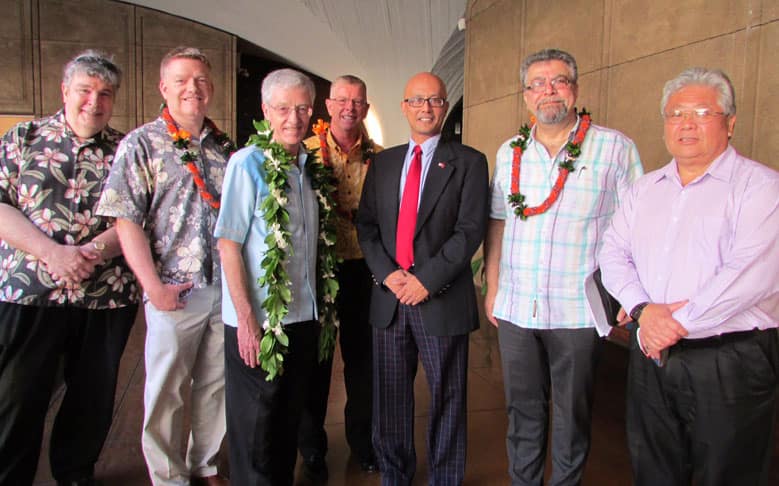 NASA on Monday and Tuesday (March 24-25) met with members of the Hawaii State Legislative Aerospace Caucus, the Hawaii State Office of Aerospace Development, and PISCES to discuss the proposed construction of a laser space optical communications ground station on the Big Island of Hawaii.

If built, this new technology would be the first in the world, and would enable NASA to communicate with its spacecraft at a higher data rate – up to 100 times more data than traditional radio systems.

They shared the importance of the laser communications system and gave an update on SB2583 SD1 – a  bill that would provide PISCES $500,000 in matching funds between Hawaii and NASA for an engineering assessment of the proposed laser system. The study would include a complete site surveillance and selection, analysis of power and cooling requirements, environmental assessments and permits, an assessment of structural pads, and an analysis of roadways and clearances for transportation of communications equipment.

Part of the proposal calls for the University of Hawaii to educate and train the technical experts needed to operate and maintain the laser optical communications ground station, thereby creating high-tech jobs in the State. 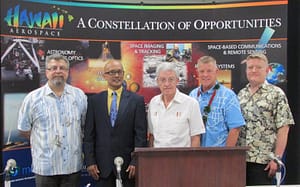