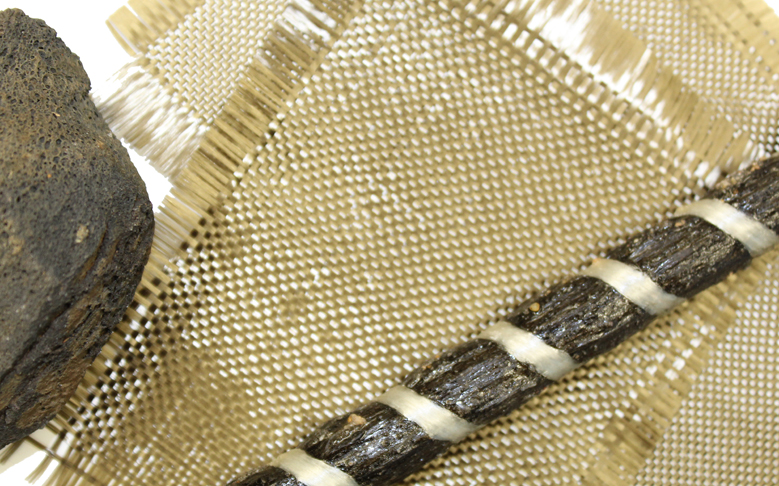 Hawaii’s volcanic basalt can be processed to create a durable product called Continuous Basalt Fiber (CBF). Similar to carbon fiber and fiberglass, CBF can be used to make flame-retardant fabrics, rebar and other materials without any additives.

PISCES has been working with Hawaiian basalt as a feedstock for ISRU (in-situ resource utilization) to create sustainable products on Earth and in space. Hawaii’s basalt meets the specific chemical profile needed to manufacture CBF—a material with high tensile strength that is resistant to corrosion and heat. Globally, CBF manufacturing is valued at around $100 million and expected to double in the coming decade.

In 2017, PISCES contracted a state-funded market feasibility study to determine the viability of a CBF manufacturing operation on Hawaii Island. Completed by defense and aerospace consulting firm SMA in March 2018, the report showed:

To request a copy of the completed study, please contact us at dbedt.pisces@hawaii.gov.