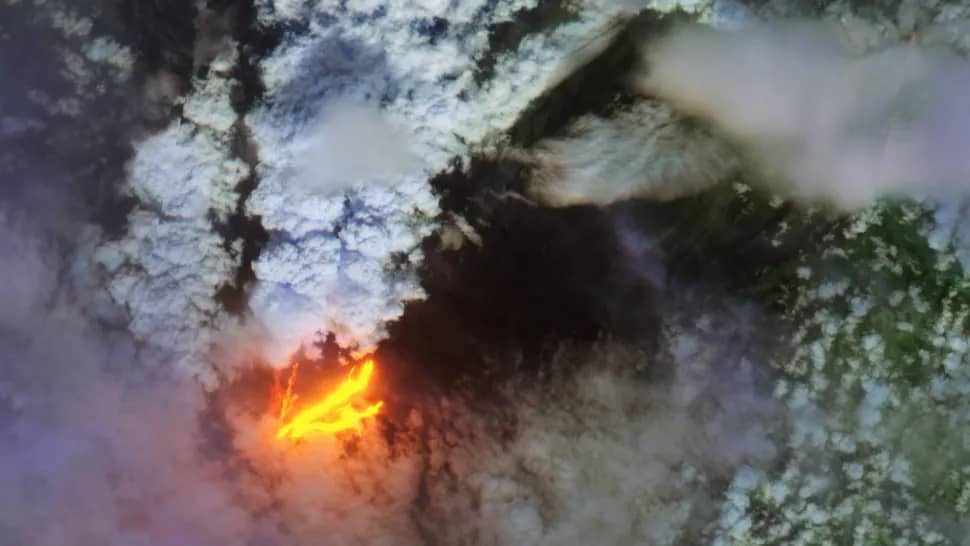 Above: The European Space Agency’s Copernicus Sentinel-2 satellite captured this composite image of the eruption shortly after it began. Credit: ESA

The initial flow and emissions generated by the eruption were captured from space by several satellites including the European Space Agency’s Copernicus Sentinel-2 (above) and the National Oceanic and Atmospheric Administration’s (NOAA) GOES-18 (below).

Thankfully, no area residents or properties have been impacted by the lava as of Dec. 1, 2022. However, the Daniel K. Inouye highway (also known as Saddle Road)—a vital Big Island thoroughfare stretching across the rugged plateau between Maunakea and Mauna Loa—is in danger of being overrun in the days ahead.

NOAA’s GOES-18 satellite captured this image of the first emissions of gas and ash from the Mauna Loa eruption. Credit: NOAA