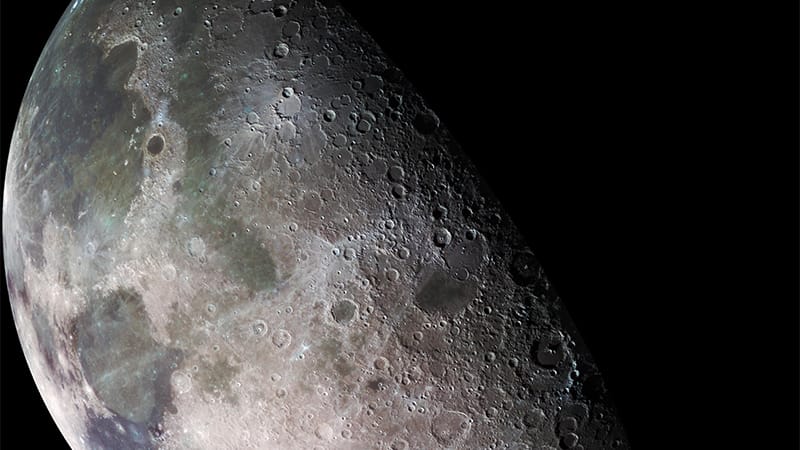 This article was originally published by The Conversation.

Alongside advances in space exploration, we’ve recently seen much time and money invested into technologies that could allow effective space resource utilisation. And at the forefront of these efforts has been a laser-sharp focus on finding the best way to produce oxygen on the Moon.

In October, the Australian Space Agency and NASA signed a deal to send an Australian-made rover to the Moon under the Artemis program, with a goal to collect lunar rocks that could ultimately provide breathable oxygen on the Moon.

Although the Moon does have an atmosphere, it’s very thin and composed mostly of hydrogen, neon and argon. It’s not the sort of gaseous mixture that could sustain oxygen-dependent mammals such as humans.

That said, there is actually plenty of oxygen on the Moon. It just isn’t in a gaseous form. Instead it’s trapped inside regolith — the layer of rock and fine dust that covers the Moon’s surface. If we could extract oxygen from regolith, would it be enough to support human life on the Moon?

The breadth of oxygen

Oxygen can be found in many of the minerals in the ground around us. And the Moon is mostly made of the same rocks you’ll find on Earth (although with a slightly greater amount of material that came from meteors).

Minerals such as silica, aluminium, and iron and magnesium oxides dominate the Moon’s landscape. All of these minerals contain oxygen, but not in a form our lungs can access.

On the Moon these minerals exist in a few different forms including hard rock, dust, gravel and stones covering the surface. This material has resulted from the impacts of meteorites crashing into the lunar surface over countless millennia.

Some people call the Moon’s surface layer lunar “soil”, but as a soil scientist I’m hesitant to use this term. Soil as we know it is pretty magical stuff that only occurs on Earth. It has been created by a vast array of organisms working on the soil’s parent material — regolith, derived from hard rock — over millions of years.

The result is a matrix of minerals which were not present in the original rocks. Earth’s soil is imbued with remarkable physical, chemical and biological characteristics. Meanwhile, the materials on the Moon’s surface is basically regolith in its original, untouched form.

One substance goes in, two come out

The Moon’s regolith is made up of approximately 45% oxygen. But that oxygen is tightly bound into the minerals mentioned above. In order to break apart those strong bonds, we need to put in energy.

You might be familiar with this if you know about electrolysis. On Earth this process is commonly used in manufacturing, such as to produce aluminium. An electrical current is passed through a liquid form of aluminium oxide (commonly called alumina) via electrodes, to separate the aluminium from the oxygen.

In this case, the oxygen is produced as a byproduct. On the Moon, the oxygen would be the main product and the aluminium (or other metal) extracted would be a potentially useful byproduct.

It’s a pretty straightforward process, but there is a catch: it’s very energy hungry. To be sustainable, it would need to be supported by solar energy or other energy sources available on the Moon.

Extracting oxygen from regolith would also require substantial industrial equipment. We’d need to first convert solid metal oxide into liquid form, either by applying heat, or heat combined with solvents or electrolytes. We have the technology to do this on Earth, but moving this apparatus to the Moon – and generating enough energy to run it – will be a mighty challenge.

Earlier this year, Belgium-based startup Space Applications Services announced it was building three experimental reactors to improve the process of making oxygen via electrolysis. They expect to send the technology to the Moon by 2025 as part of the European Space Agency’s in-situ resource utilisation (ISRU) mission.

How much oxygen could the Moon provide?

That said, when we do manage to pull it off, how much oxygen might the Moon actually deliver? Well, quite a lot as it turns out.

If we ignore oxygen tied up in the Moon’s deeper hard rock material — and just consider regolith which is easily accessible on the surface — we can come up with some estimates.

Each cubic metre of lunar regolith contains 1.4 tonnes of minerals on average, including about 630 kilograms of oxygen. NASA says humans need to breathe about 800 grams of oxygen a day to survive. So 630kg oxygen would keep a person alive for about two years (or just over).

Now let’s assume the average depth of regolith on the Moon is about ten metres, and that we can extract all of the oxygen from this. That means the top ten metres of the Moon’s surface would provide enough oxygen to support all eight billion people on Earth for somewhere around 100,000 years.

This would also depend on how effectively we managed to extract and use the oxygen. Regardless, this figure is pretty amazing!

Having said that, we do have it pretty good here on Earth. And we should do everything we can to protect the blue planet — and its soil in particular — which continues to support all terrestrial life without us even trying.