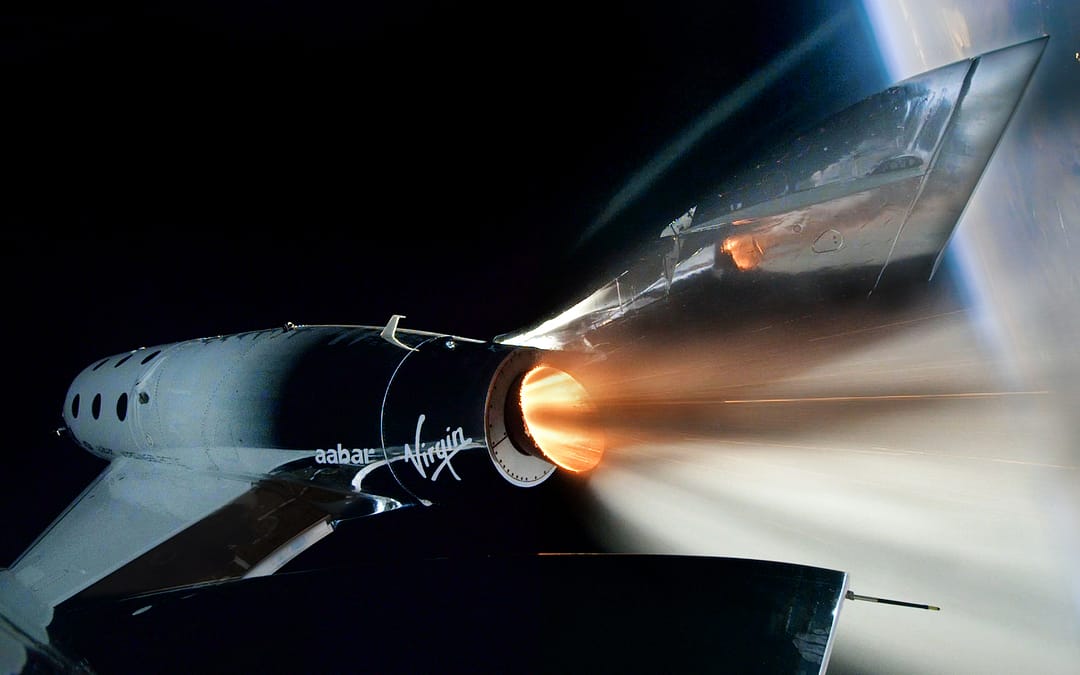 Above: VSS Unity rockets into space after a horizontal launch above New Mexico. Credit: Virgin Galactic

Virgin Galactic successfully launched its third human spaceflight last month, marking a new milestone in the path to space tourism. On May 22, the company’s VSS Unity spaceship blasted into space via horizontal launch after detaching from its mother ship, VMS Eve, at roughly 50,000 feet.

Piloted by CJ Sturckow and Dave Mackay, Unity blazed up to Mach 3 before reaching apogee some 55 miles above New Mexico. Both pilots commented on the breathtaking view of the curvature of the Earth visible as a blue arc set against the black expanse of space.

“Fifteen years ago, New Mexico embarked on a journey to create the world’s first commercial spaceport,’’ Virgin Group founder Sir Richard Branson said in a statement. ‘’[On May 22], we launched the first human spaceflight from that very same place, marking an important milestone for both Virgin Galactic and New Mexico.”

Three additional test flights are planned this summer before commercial flights can begin. This latest flight was the first in more than two years.

In addition to tourism, Virgin Galactic’s flights are also intended for scientific research in microgravity and professional astronaut training.