Time for Perseverance: Next Mars Rover to Launch in July 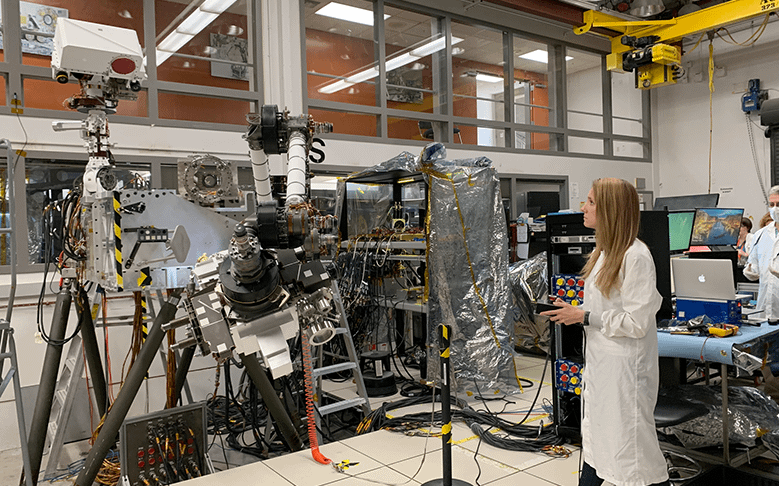 Perseverance—now a proper noun as the name of the next Mars rover—means “persistence in doing something despite difficulty or delay in achieving success” (Oxford). In a world struggling with the COVID-19 pandemic, it goes without saying that there is difficulty in preparing for a launch in July. But “delay in achieving success” is not an option for the Mars 2020 team—a crew spanning space industry partners from United Launch Alliance (ULA) to Kennedy Space Center (KSC), academic universities to, of course, the Jet Propulsion Laboratory (JPL). If the spacecraft does not launch within the optimal window of mid-July to late August, it will need to wait another two years until the next Earth-to-Mars alignment arrives. Amidst difficult times, Perseverance is pushing towards that launch window, relying on a backbone of preparation and testing while proceeding with unwavering diligence and caution.

In the final months (even final days) before the launch window opens, the engineers begin to resemble creative artists or performers preparing for the opening curtain to rise—rehearsing for all known and unknown possibilities while dressing up the rover for its grand entrance into the vacuum of space. As the finishing integrations are performed at Cape Canaveral, the team of operators rehearse different scenarios that could occur on launch day. How would you handle a failure in autonomous maneuvering? What would happen if the launch vehicle (ULA’s Atlas V) failed to reach a high enough orbital insertion? What if the batteries could not handle the high-power draw from heaters while inside Earth’s shadow in the launch trajectory? The launch team needs to be prepared for any anomalies that could occur prior to confirming the spacecraft has reached a stable and safe trajectory to Mars.

Those nominal and off-nominal scenarios are not foreign to the launch systems engineering team. Prior to the vehicle being shipped to Florida, day-in-the-life testing is a common and necessary occurrence using flight hardware and flight software. JPL spends weeks performing systems-level testing to make sure the rover’s hardware and software can handle any nominal or anomalous occurrences spanning the entire mission—from launch and landing to surface operations. And without a doubt, important issues are always found. Optimism is not an option when it comes to making sure the vehicle and its operators are ready for flight.

As the team prepares for the July launch window, upcoming operation tests include a week-long anomalous scenario and final dress rehearsals with ULA, KSC and JPL. The most notable grand finale in preparation will come just days before launch with the installation of the multi-mission radioisotope thermoelectric generator (MMRTG). The MMRTG will power the rover on the surface of Mars for the duration of the mission—at least one Martian year (or 687 Earth days).

The team perseveres amidst unusual circumstances, preparing for launch and a six-month journey to Mars. Act II is scheduled for Feb. 18, 2020, which will involve entry, descent and landing. Want to learn more? Get more details about the scenario testing and Perserverance mission online.