Several hundred people from the East Hawaiʻi community turned out for the 3rd annual Hawaiʻi Explorations Expo on Oct. 27 to celebrate the latest science and technology innovations in Hawaiʻi and enjoy hands-on activities in robotics, programming, astronomy and other STEM disciplines. 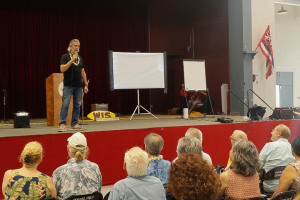 Henk Rogers gives the keynote speech during the 3rd annual HEE in Hilo.

Organized by Hawaiʻi Science and Technology Museum (HSTM), the event featured a keynote presentation by the founder of Blue Planet Foundation, Henk Rogers. A serial entrepreneur, Rogers also serves as the board chair for PISCES. In 1996, he co-founded The Tetris Company, making the now-classic video game a worldwide phenomenon. Rogers talked about his personal missions to fight climate change, end war and advance space exploration efforts to find a “backup” for Earth where humans can live and thrive. “I’m a computer science guy,” he said. “You always create backups.”

Among the many attendees at HEE was Alexey Pajitnov, the Russian video game designer and computer engineer who created Tetris. The event also featured Jason Tom, an Oʻahu native and beatbox phenomenon. Also known as “The Human Beatbox,” Tom is a Kapiolani Community College alumnus and math tutor who uses his passion, skill and charisma as an entertainer to advocate for STEM education. 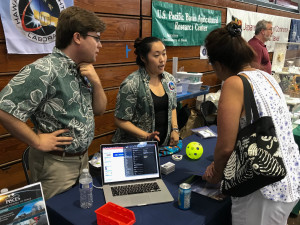 Amber Imai-Hong of Hawaiʻi Spaceflight Lab talks with a visitor about their work in satellite development.

“For me, it’s a bridge to uplift people, to encourage them about perseverance,” he said in a University of Hawaiʻi news article quoted on his website.

Other guest speakers also inspired perseverance, including Amber Imai-Hong, an avionics engineer at Hawaiʻi Spaceflight Laboratory and a UH Mānoa alumnus. Sitting on a discussion panel about STEM issues in Hawaiʻi, she encouraged youth in the audience to follow their hearts and never give up.

Tying the event’s innovation theme back to cultural tradition, master navigator Kalepa Baybayan presented an overview of Polynesian navigation, highlighting the value of continuing the journey of discovery in Hawaiʻi into the 21st century. Baybayan has circled the globe on multiple expeditions, serving as captain aboard the iconic voyaging canoe, Hōkūleʻa.

HEE was attended by more than two dozen organizations including the Maunakea observatories and local STEM organizations. It was largely supported by donations to HSTM— many were made in memory of the late Barry Taniguchi, KTA Superstores CEO and philanthropist. 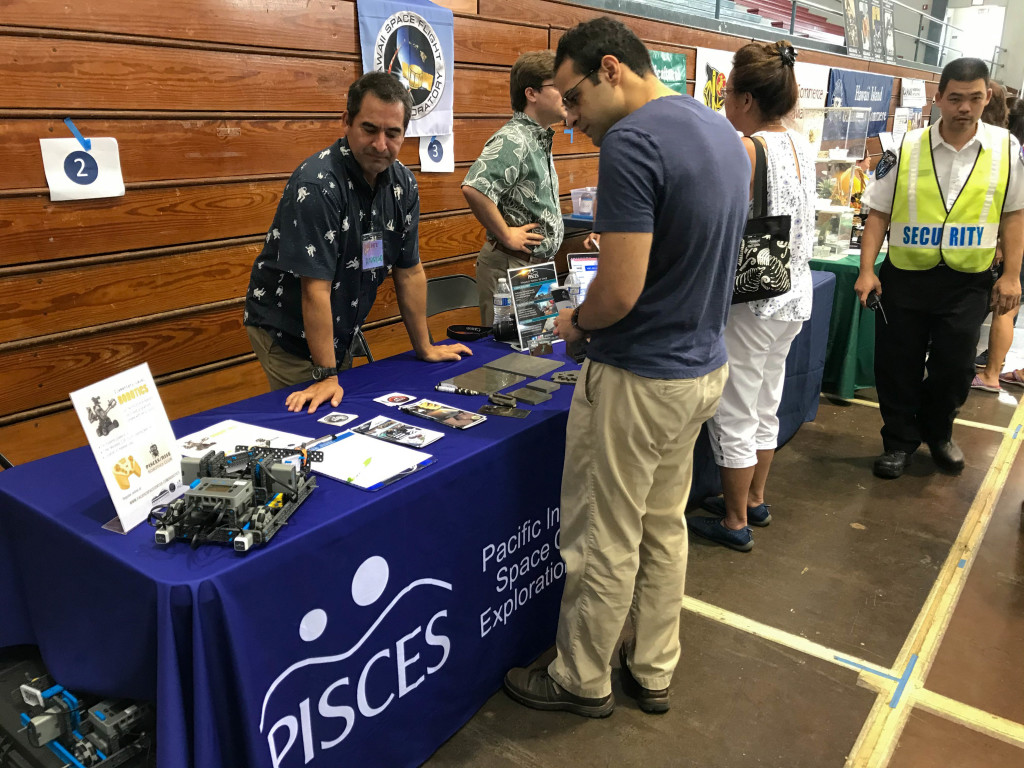