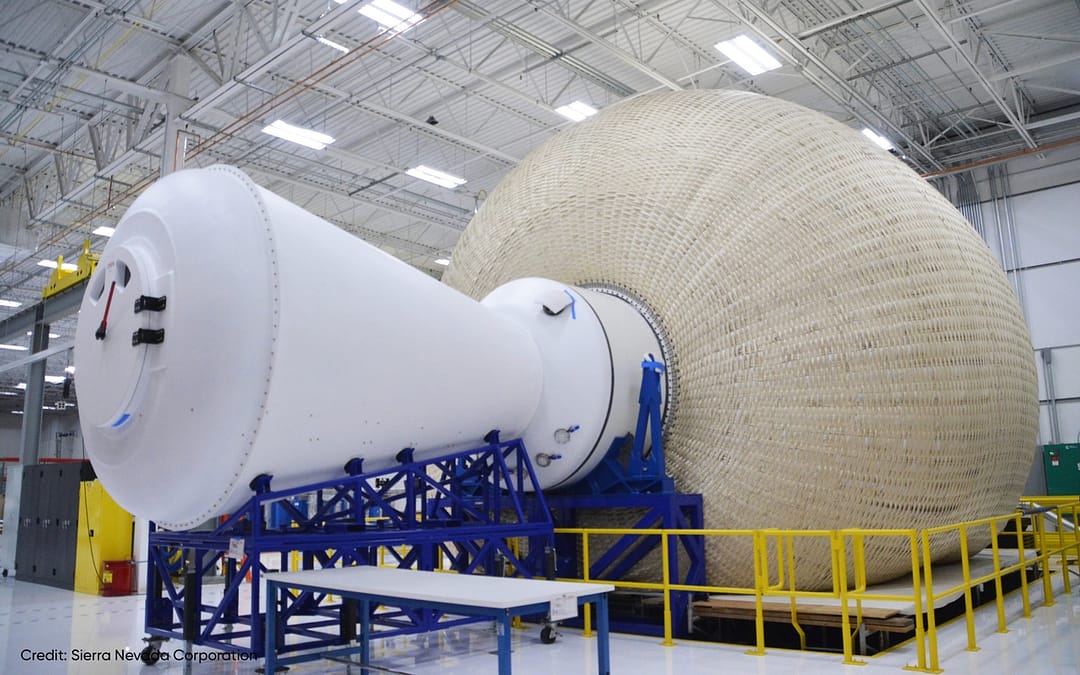 An inflatable habitat designed for short- and long-duration space missions was tested last month by astronauts at NASA’s Johnson Space Center to assess its functionality for daily work and life.

Called LIFE (Large Inflatable Fabric Environment), the Sierra Nevada Corporation (SNC)-built habitat is designed to orbit the Moon and support crewed and robotic missions to the lunar surface—and eventually, to deep-space destinations like Mars. Deflated, the habitat can fit inside an 18-foot rocket fairing. Fully inflated, it measures 27 feet in diameter and length, providing up to 10,600 cubic feet of volume (about a third of the volume of the International Space Station).

LIFE’s interior is partitioned into three decks including a sick bay, medical research facility, restrooms, a galley, crew workstations, sleeping quarters, and generous space for payloads and cargo storage. Additionally, the habitat is outfitted with a microgravity garden to grow fresh food and provide recreation. According to SNC principal scientist Robert Morrow, the ‘Astro Garden’ can grow leafy greens, tomatoes, radishes, peppers and green onions. Due to space limitations, the garden will only be a supplement for astronauts’ dietary needs, but it doubles as a recreational activity that can alleviate stress. It also provides an aesthetic appeal, making the habitat feel more inviting.

According to SNC engineers Mark Roberts and Jeff Valania, NASA evaluated the daily activities and routines that astronauts will perform in space while living inside LIFE, and their ability to accomplish these goals within the space provided. Participating astronauts gave feedback on what worked and what they would want to change for future designs. The results of the tests have not yet been released.

LIFE is among a handful of design concepts being considered by NASA for the Artemis program.  The agency has hired private companies to develop lunar gateway designs under its Next Space Technologies for Exploration Partnerships-2 (NextSTEP-2) Habitat Systems program. The gateways are a key element in NASA’s new lunar program which intends to return humans to the Moon and build a permanent settlement. The scheduled target date to place the first gateway module in lunar orbit is 2024.