Why is Hawaiʻi a Great Analog for Mars? 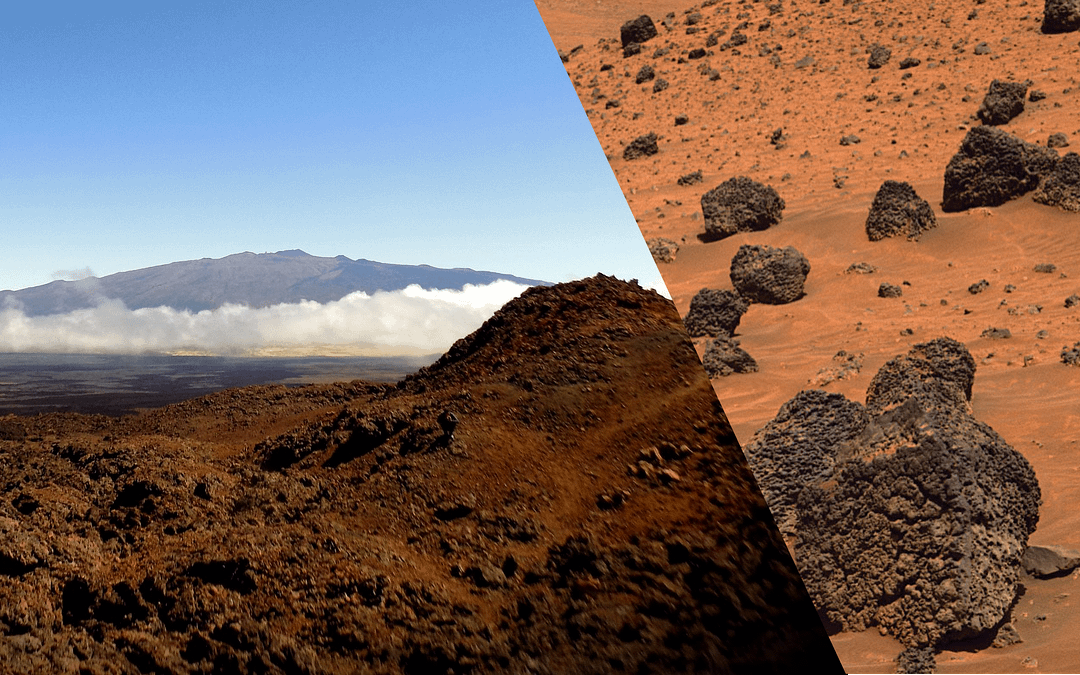 Hawaiʻi is a valuable testing ground for space exploration technologies—in part due to its expansive, isolated basaltic lava fields that resemble the Moon and Mars. But besides sharing a similar appearance, Hawaiʻiʻs volcanic landscapes also resemble the lunar and Martian surfaces in chemical composition.

The materials science team at PISCES has been collecting and analyzing samples of volcanic basalt from various locations on Hawaiʻi island to determine which work best for additive manufacturing—specifically, the process of sintering. Recently, PISCES geologist Kyla Edison began analyzing these samples and comparing them with Martian rock data gathered by NASA—specifically, Martian meteorites. The results revealed many similarities.

“At first I was skeptical, but the data proved sound and I was amazed,” Kyla said. “There are tiny variances between Hawaiʻi and Mars, but they are extremely similar.”

Gathering the data was more than a stone’s throw. Over the last 18 months, Kyla and interns on the materials science team have been gathering samples and breaking them down into fine pellets for analysis. Using an Energy Dispersive X-Ray Fluorescence (EDXRF) spectrometer, they parsed the elemental compositions of these samples and created visual representations of the data (shown below). The goal in this research is to determine the ideal rock type that will consistently produce a stable product through sintering.

During the next phase of the research, the team will run Hawaiian basalt samples through an X-ray Diffraction machine to determine their exact crystal and mineral content. The data they get back will be combined with an original data set, providing  a comprehensive catalogue of terrestrial basalts. The overview will ultimately reveal which properties yield the best sintering product.

“Basically, it’s like finding the ideal recipe for baking a cake. And we’re in the process of writing the book,” Kyla said.

Results from these studies will presented in formal scientific papers at several aerospace conferences next year. The presentations could forge new partnerships to further basalt sintering research and In-Situ Resource Utilization (ISRU) technology.