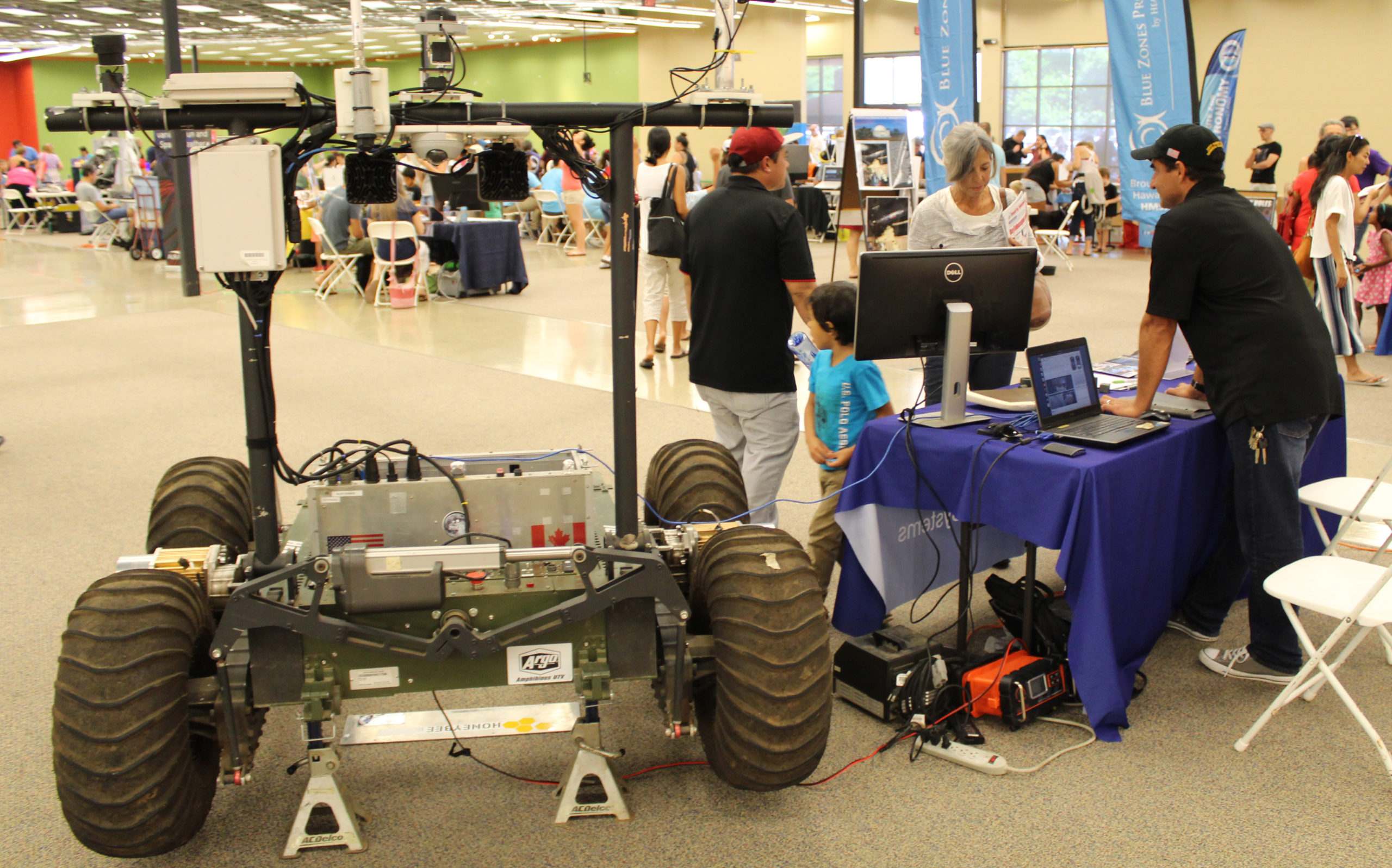 PISCES’ planetary rover “Helelani” paid a visit to the second annual AstroDay West Hawaii event held at Kona Commons on Saturday, Oct. 6. The golf cart-sized analog spacecraft was met with a curious crowd of kids and adults alike, who posed questions and struck poses for its many cameras.

It was the rover’s first appearance at the West Hawaii event which began last year. Based on International Astronomy Day, AstroDay has been held in Hilo for the last 17 years. An estimated 3,000 people from the Kona community attended the event. 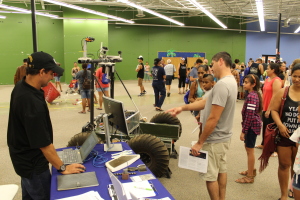 “It was extremely successful and we had as many if not more attendees this year,” said Carolyn Kaichi, education specialist at the University of Hawai‘i’s Institute for Astronomy and a leading organizer for AstroDay. “From what we’ve seen today, there’s a real enthusiasm from the Kona community to have events of this kind.”

More than 30 organizations participated this year including all the major Maunakea observatories. Throughout the day, Gemini Observatory’s portable StarLab planetarium drew a steady stream of visitors. Families practiced launching mini rockets, viewed the sun through a solar telescope, created electricity with a kinetic crank and captures selfies with an astronaut space suit. 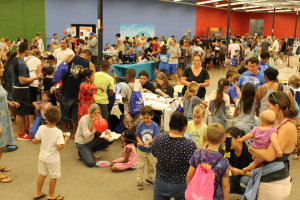 The event was emceed by KWXX dj “DC” and began with a traditional pule led by Hawaiian cultural practitioner Kimo Pihana. Miriam Fuchs, a telescope operator at the James Clerk Maxwell Telescope presented a kid-friendly tutorial from the venue’s stage on how to build a spacesuit using store bought materials.

AstroDay is organized and sponsored by the Maunakea Astronomy Outreach Committee (MKAOC). MKAOC hopes to continue the event in West Hawaii next year as long as they can secure a suitable venue.

“The partnership between Kona Commons and MKAOC has been very successful and I hope it can continue in the future,” said Kaichi.