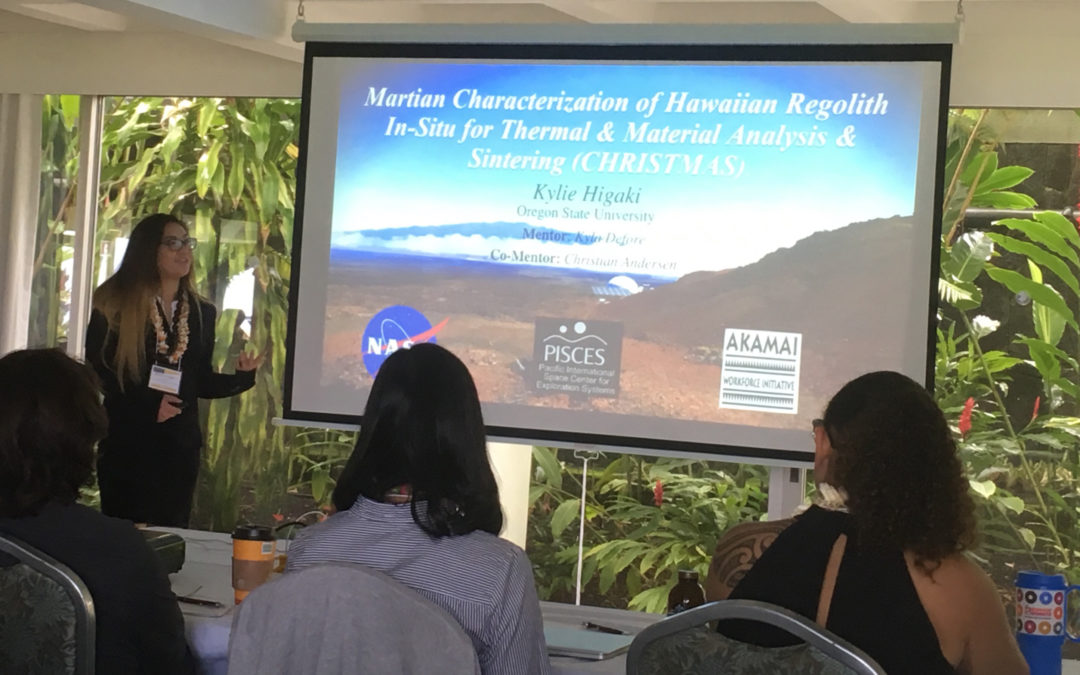 During seven weeks, Kylie worked with PISCES to research Hawaii Island basalt samples and determine their usefulness as feedstock for basalt sintering construction. Under the mentorship of Geology Technician Kyla Defore and Ops. Manager Christian Andersen, she learned the fundamentals of planetary geology and applied that knowledge to catalog the mineral and chemical compositions of basalt found at three locations on Hawaii Island. Kylie then applied sintering techniques to these samples to determine which worked best as an ISRU construction material. 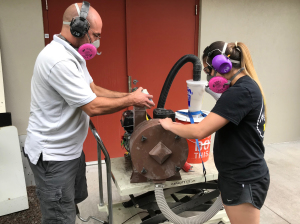 On the following day, Kylie was among 38 college student interns who presented the results of their Akamai Internship projects at the program’s annual symposium held in Hilo.