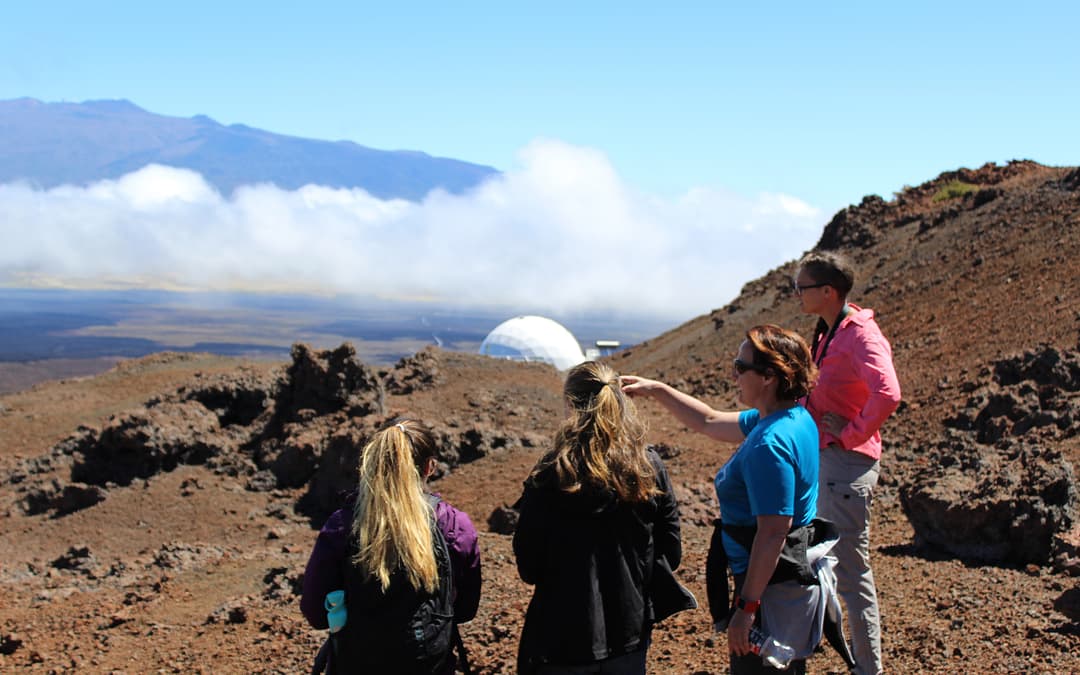 Kim Binsted, Principle Investigator for HI-SEAS and a professor at University of Hawaiʻi at Mānoa, led the team on a brief tour inside the dome-shaped facility before hiking around the neighboring terrain.

HI-SEAS is a NASA-funded project managed by UH Mānoa to study the effects of isolation on groups of humans in preparation for long-duration space missions. So far, five teams have completed missions in the small dome, the longest being 12 months.

The dome sits at 8,000 feet in elevation on the lower slopes of Mauna Loa amid a desolate field of jagged, rust-colored lava rock. For all intents and purposes, the area looks like Mars. But it also has a similar chemical make-up, which makes the area ideal for learning about both Hawaiian and Martian geology.

While exploring and taking notes, PISCES interns Kylie Higaki and Chanelle Mattheus collected rock and dust samples from a massive fissure burrowed above the habitat. The pair also followed PISCES geology technician Kyla Edison on a scouting mission in search of lava tubes, which can provide shelter for astronauts on other planets. Using GPS coordinates, they found a large tube that will be included in a hike during the Women’s STARS Program later this month.