A group of scientists who have spent a year in isolation atop of Mauna Loa emerged into the public eye on Aug. 28. 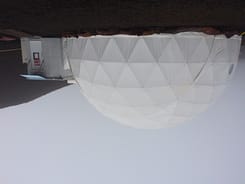 The six scientists participating in the Hawai’i Space Exploration Analog and Simulation (HI-SEAS) experiment made history this weekend when they became the first to successfully endure a yearlong Mars simulation.

Members of the HI-SEAS mission are seen here after reentry. Photo Credit: PISCES.

During the study, each scientist focused on various projects while learning to ration and coexist harmoniously.

Congrats to everyone involved with the project! For more information visit www.hi-seas.org.