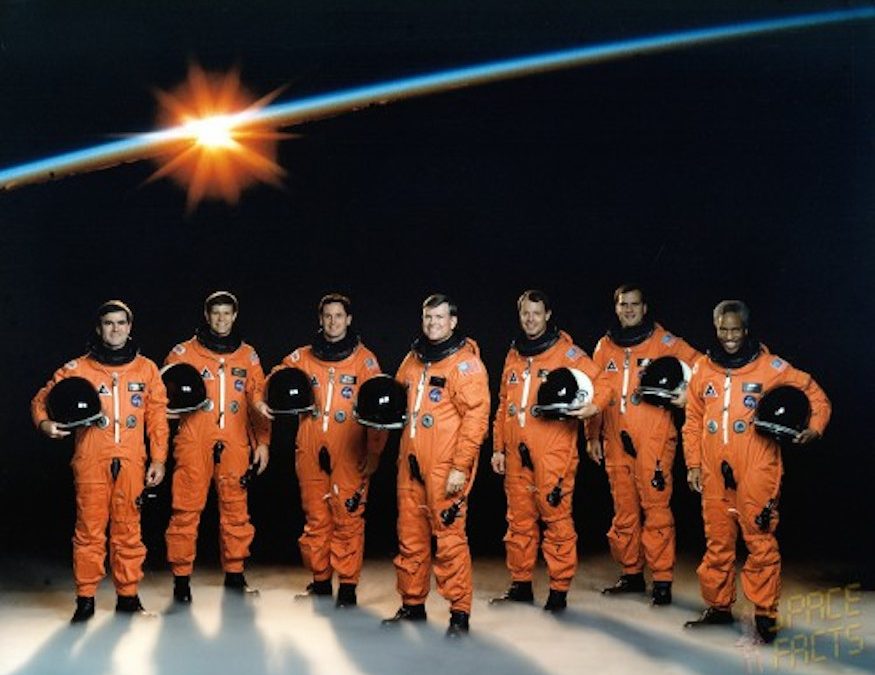 One of the longest piloted spaceflights for the Department of Defense was STS-39, which occurred a quarter of a century ago this month. And onboard was Hawaii’s late Lacy Veach.

Veach was among the seven-man crew and held the title of mission specialist for the STS-39. According to NASA, Veach was responsible for operating a group of instruments which included an ultraviolet astronomical camera, an x-ray telescope, and a liquid helium-cooled infrared telescope which performed landmark observations of the Earth’s atmosphere and the Aurora Australis (the Southern Lights).

A recent article in AmericaSpace describes the mission as involving the deployment and retrieval of a free-flying satellite.  The satellite consisted of infrared sensors for atmospheric and other research.

STS-39 was a notably complex mission that lasted several days. The crew faced multiple challenges including the landing which occurred on May 6, 1991 at NASA’s Kennedy Space Center. The landing of STS-39 was diverted due to high winds at the planned landing site.

Veach played a pivotal role in the mission and is remembered as one of Hawaii’s very own astronauts, sharing the title with Ellison Onizuka. Veach graduated from Punahou School in Honolulu, Hawaii, in 1962. He later went on to receive a bachelor of science degree in engineering management from the U.S. Air Force Academy.

Previously Veach was living in Houston, Texas before he lost his battle with cancer on Oct. 3, 1995. His legacy still lives on today as being an advocate for science in Hawaii. He was recently recoginzed in an article about Hōkūleʻa’s visit to Florida for being the first to suggest that Hōkūleʻa sail around the world.