TODAY IN HISTORY: 35th Anniversary of the Landing of the Space Shuttle Orbiter Columbia 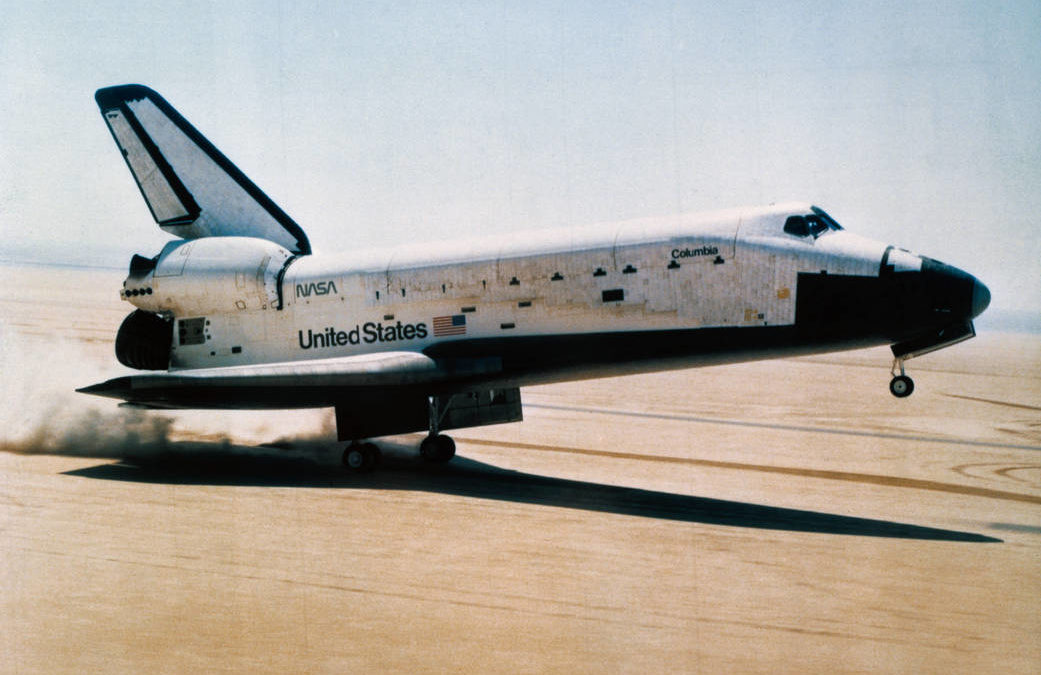 On this day (April 14)  in 1981, the space shuttle orbiter Columbia made its return to Earth.

On board were Astronauts John W. Young, STS-1 commander, and Robert L. Crippen, pilot. The mission marked the first NASA flight to end with a wheeled landing and represented the beginning of a new age of spaceflight that would employ the same hardware repeatedly.

The landing drew a large crowd of more than 200,000 people, with estimates as high as 300,000 visitors who came to see the momentous event.