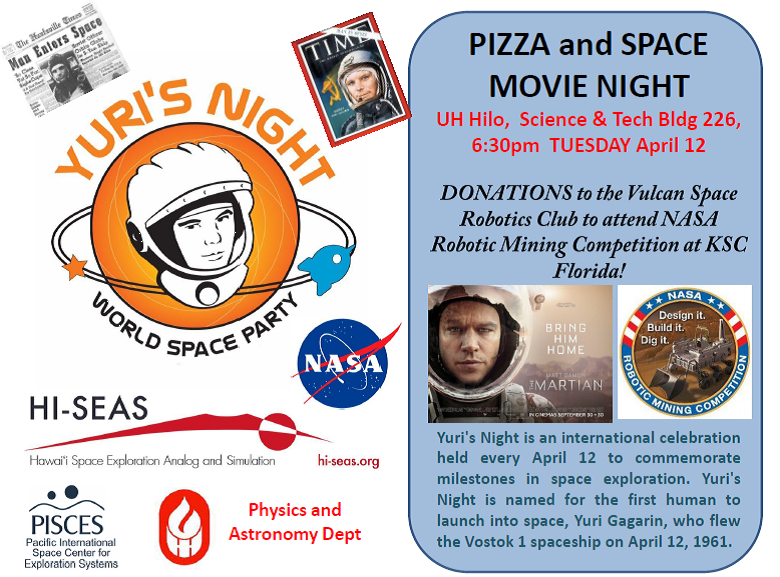 Yuri’s Night, also titled the World Space Party, will be held at 6:30 p.m. on Tuesday, April 12 at the University of Hawaii at Hilo’s Science and Technology Building 226.

Sponsors of the event include NASA, Hawai’i Space Exploration Analog and Simulation (HI-SEAS), The University of Hawaii at Hilo’s Physics and Astronomy Department, and the Pacific International Space Center for Exploration Systems.

The event will include pizza and a viewing of the movie “The Martian.”

Yuri’s Night is an international celebration held every April 12 to commemorate milestones in space exploration. Yuri’s Night is named for the first human to launch into space, Yuri Gagarin, who flew the Vostok 1 spaceship on April 12, 1961.