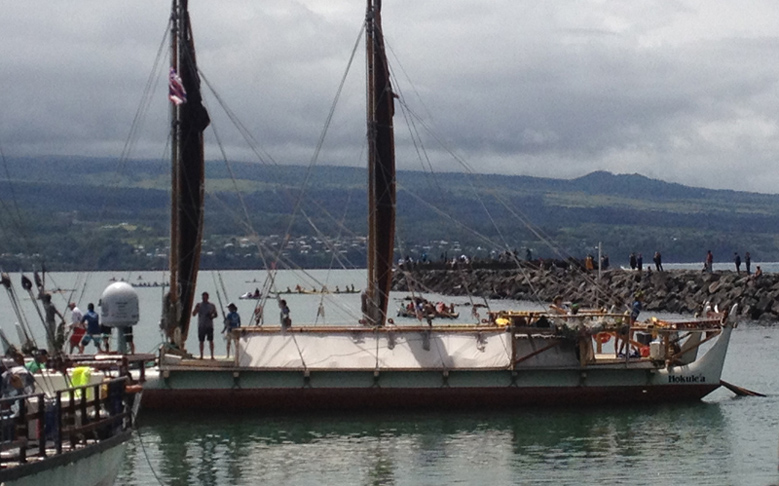 Hawaii’s voyaging canoe Hōkūleʻa made its way to Florida yesterday.

The crew stopped at the Telemar Bay Marina in Indian Harbour Beach and were honored with warm aloha, according to a story published in Florida Today.

While stationed at the Titusville Municipal Marina, they took time to stop by NASA’s Kennedy Space Center to honor Hawaii’s own Ellison Onizuka and Lacy Veach. According to the article, Veach was the first person to suggest that Hōkūleʻa sail around the world.

Hōkūleʻa left Hawaii in May of last year as part of the Mālama Honua Worldwide Voyage. The endeavor is anticipated to last until next year when a new generation of navigators take over to sail back to Polynesia after circumnavigating the globe. Next on the agenda for the crew is a trip to New York by June 8 for a ceremony on World Oceans Day. At that point, the crew will have mastered more than 60,000 nautical miles, 100 ports and 27 nations, according to the story.