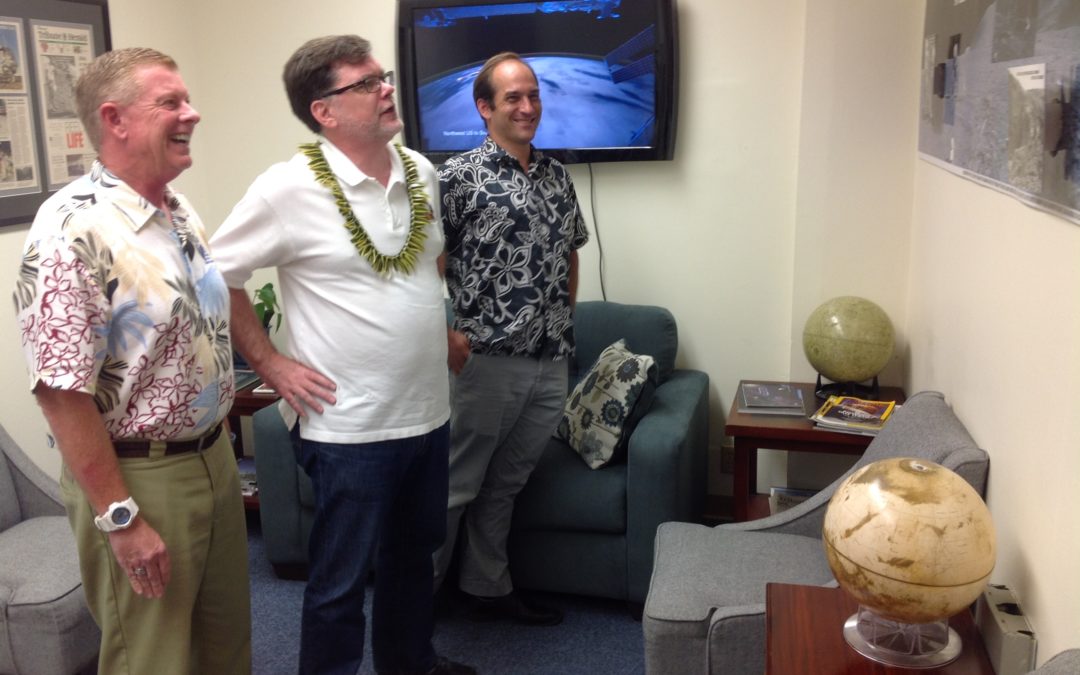 During his visit, Adams talked to PISCES members and interns about the latest in NASA technology. After the talk story session, Adams went on a specialized tour that included a visit to PISCES’ Laser Lava Lab and a journey to the PISCES robotics high bay.

He has an extensive background in design, development and operations of both large and small-scale spacecraft missions as well as ground systems and infrastructure. His skills range across program and project management, acquisition, planning, implementation and execution.

Since March of 2012, Adams has been serving as the Deputy Chief Technologist for the Agency. In this capacity, he manages a diverse group of center chief technologist’s offices and technology transfer offices that represent every NASA field center. Additionally, within the OCT at NASA HQ, the Agency’s Technology Strategic Integration Office and Innovation Office report directly to him.

From February 2007 to March 2012, Adams served as the Deputy Division Director of the Planetary Science Division (PSD) at NASA Headquarters in the Science Mission Directorate where he was responsible for a $1.5 billion portfolio annually encompassing five programs, nine missions in operations, five missions in various stages of development and numerous supporting activities ranging from operations systems, to technology investments to international partnerships.

Adams was also the Program Director for the Discovery, New Frontiers and Lunar Quest programs within PSD.

In late 2009 he was assigned as the chair of the Space Communication and Networks Program Standing Review Board. To date he has led two Program Implementation Reviews.

Prior to his assignment at NASA Headquarters, Adams served for 17 years at NASA’s Goddard Space Flight Center in a variety of capacities that include:

Adams was employed by the General Electric Company in Valley Forge, PA from 1979 to 1989 as a Systems Engineer where he helped design Military and Civil Communications spacecraft.