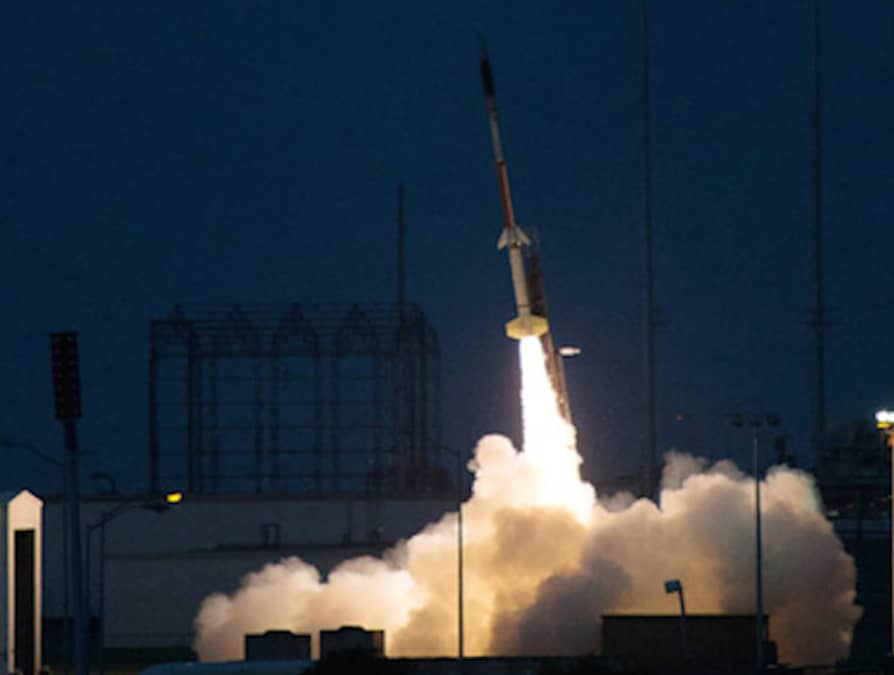 The UH team was the only community college team whose payload was selected for the launch. Payloads developed by students from seven higher education programs were aboard the rocket.

“You just see the thing ignite and shoot off into the sky. It’s the most amazing feeling in the world, especially since we’ve been working on it for over a year. And we are finally seeing all of our hard work pay off,” said Kapiolani CC student Kalaimoana Garcia.

“It’s been a long trip. It’s taken nine months to get here, so its really exciting that we are finally getting a launch that’s going to be the culmination of what we’ve been working for,” said Windward CC student Cale Mechler.

The scientific instrument that forms the main component of Project Imua’s payload consists of a UV spectrometer that will analyze the intensity of the sun’s ultraviolet radiation before it enters the Earth’s atmosphere. The data could have implications regarding climate.

After achieving an altitude of 94-miles, plans were for the payload with students’ experiments to be recovered in the Atlantic Ocean off the Virginia coast. The experiments and any stored data would then be provided to the teams to analyze.

“This is really a system-wide collaboration, an effort to bring new industry and new technology into the Hawaii economy,” said Kauaʻi CC student Marcus Yamaguchi.

Added Suraj Mehta of Honolulu CC, “We can do anything just like anywhere else in the world. We have facilities and we have come so far. Project Imua means to move forward and we have definitely moved forward.”