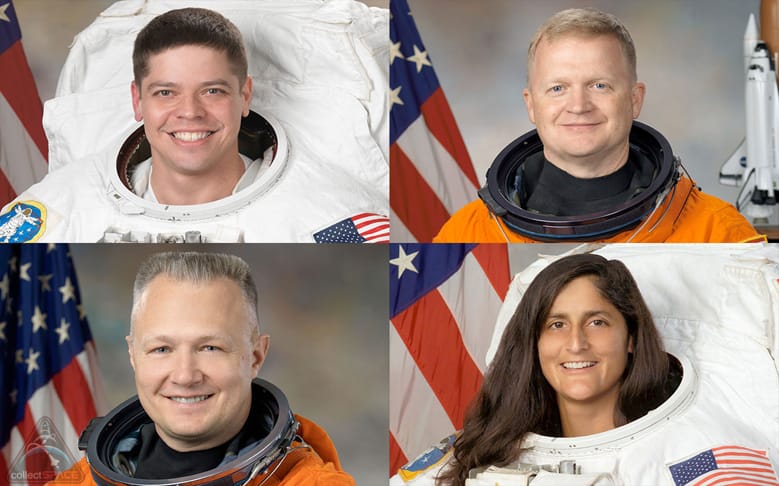 NASA has announced the selection of four American commercial space astronauts as part of an initiative to strengthen the U.S.’ role in space exploration and expand deep-space travel.

Robert Behnken, Sunita Williams, Eric Boe, and Douglas Hurley have been chosen to begin spaceflight training in preparation for a launch in 2017, according to a July 9 blog post by NASA Administrator Charles Bolden.  They will be the first American astronauts to fly aboard a U.S. commercial spaceflight.

The selection takes a big step towards NASA’s goal of manned spaceflight to Mars, as well as other deep space exploration missions.  Bolden says commercial partnerships have enabled the organization to dream big.

“By working with American companies to get our astronauts to the ISS [International Space Station], NASA is able to focus on game-changing technologies, the Orion spacecraft and the Space Launch System (SLS) rocket that are geared toward getting astronauts to deep space,” Bolden stated.

The commercial crew program effectively fills the void left by the 30-year Space Shuttle program which ended in 2011, and enables U.S. astronauts to travel to and from the ISS aboard commercial vehicles like the SpaceX Crew Dragon and Boeing’s CST-100.