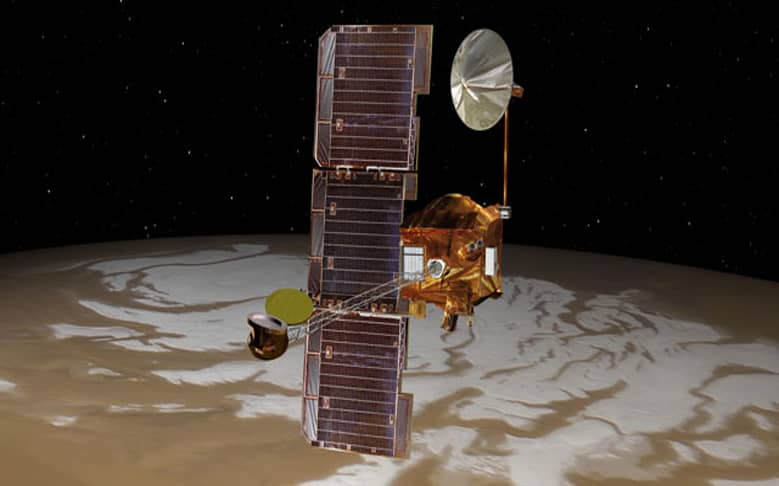 After nearly 14 years of continuous orbit around the Red Planet, NASA’s Odyssey spacecraft is slated to make 60,000 passes around Mars on June 23. The milestone marks a record of significant achievements for the veteran spacecraft, which is helping to pave the way for a human visit to Mars in the 2030s through NASA’s “Journey to Mars” plan.

Odyssey, named after Arthur C. Clark’s infamous novel “2001: A Space Odyssey,” commands the prestige of being the longest-operating spacecraft ever sent to Mars.  Its investigations revealed widespread water ice beneath the surface of the Red Planet, and also yielded the highest-resolution map of Mars to-date.  Now, the craft continues to relay critical communications for NASA’s Mars rovers and other planetary science data.

Completing its 60,000th lap, Odyssey will have traveled some 888 million miles, making it a “high-mileage” space vehicle. David Lehman, project manager for the Mars Odyssey mission at NASA’s Jet Propulsion Laboratory, says the craft is in good health, and expects it to continue operations for another 10 years.

Odyssey’s orbit is currently being adjusted to observe changes in the Martian atmosphere during Mars’ morning hours.  The craft launched on April 7, 2001 from Cape Canaveral Air Force Station in Florida.