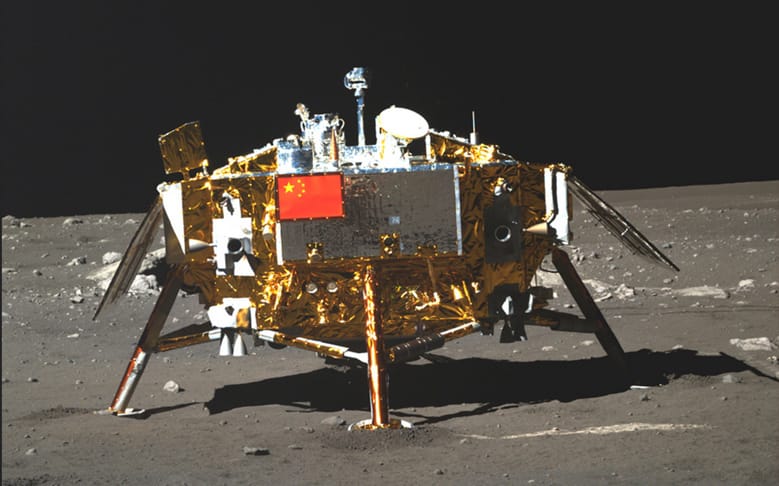 China’s Chang’e-3 continues to carry on in the harsh environment of the Moon, now having endured one year on the surface as of last weekend.  The first-ever lunar lander for China has been in an out of hibernation 13 times to endure the harsh lunar nights.  One ‘night’ on the Moon is equivalent to 14 Earth days, with brutal temperatures plunging to -280 degrees Fahrenheit.

According to Cui Yan, Chief Designer of the Chang’e-3 program at Beijing Aerospace Control Center, the craft has carried out more than 30 radio surveys and accomplished its mission objectives.  Given its good condition, mission operators will continue to conduct other experiments to further China’s technical experience in deep space exploration.

The craft made its soft-landing on the Moon on Dec. 14, 2013, after blasting off from Xichang Satellite Luanch Center in southwest China on Dec. 2.  Chang’e-3 is the first space craft to touch down on our Moon since the Soviet Union’s Luna 24 almost 40 years ago.