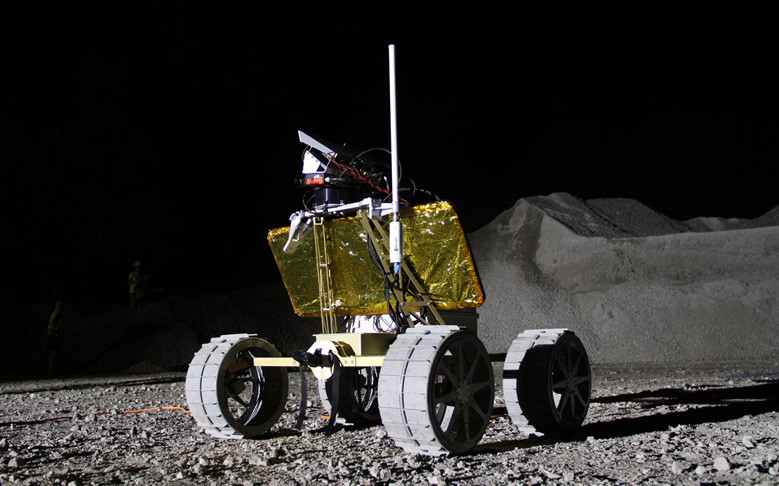 Google Lunar XPRIZE (GLXP) – the $30 million international competition challenging private space teams to launch, fly, and land a space craft on the Moon to explore its surface – is awarding further incentives for the three dozen teams in the running to continue their hard work towards their goal.

GLXP has introduced ‘milestone prizes’ to award teams for technological achievements and progress, and Team Astrobotic won the first award totaling $750.000.  The award came in two parts – $500,000 for its mobility capabilities, proving their rover named “Andy” can survive the harsh conditions on the lunar surface, as well as traverse 1600 feet over its surface.  “We’ve shaken it to simulate launch forces, driven it through moon dirt and exposed it to the extremes of lunar temperatures among many, many tests,” said William “Red” Whittaker, Astrobotic team leader.  The team won an additional $250,000 for its imaging systems.

The newly introduced prizes “are for demonstrating (via actual testing and analysis) robust hardware and software to overcome key technical risks in the areas of imaging, mobility and lander systems,” according to the XPRIZE.  Teams test their systems in front of a judge for a chance to win.