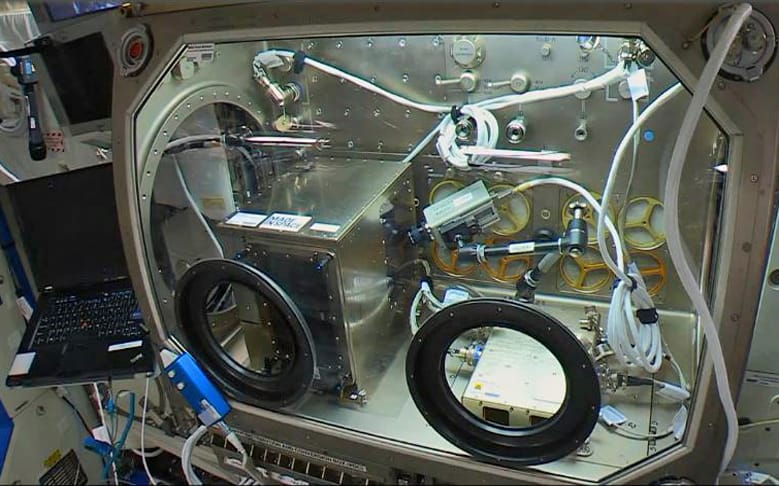 The ‘Made In Space’ 3D printer, installed this morning (Nov. 17) aboard the ISS microgravity lab.  Credit: NASA

Building objects like spare parts, tools, and even food may no longer be a science fiction dream.  The first-ever 3D printer in space was installed this morning (Nov. 17, 2014) aboard the ISS (International Space Station) microgravity lab, and will make its first object later today.  Scientists are hopeful to verify that the printer will operate in space the same way it does on Earth.

The landmark event in space technology creates exciting possibilities for astronauts to build objects on an ‘as-needed’ basis in space rather than relying on costly supply missions from Earth.  3D printing also poses a huge advantage to deep-space exploration missions to places like Mars where obtaining replacement tools and parts could pose a difficult logistical challenge. Imagine waiting up to a year for a new wrench!

“I think we’re making history by, for the first time ever, being able to make what we need when we need it in space,” said NASA 3D printing project manager Niki Werkheiser.  “We’re actually able to e-mail our hardware to space instead of launching it.”

The technology represents a potential paradigm shift for space technology, and could some day provide astronauts with meals.   Today’s testing and calibration for the printer will be conducted almost entirely from the ground at Marshall Space Flight Center.

The printer arrived at the ISS on September 23, delivered by a Space X Dragon cargo ship.