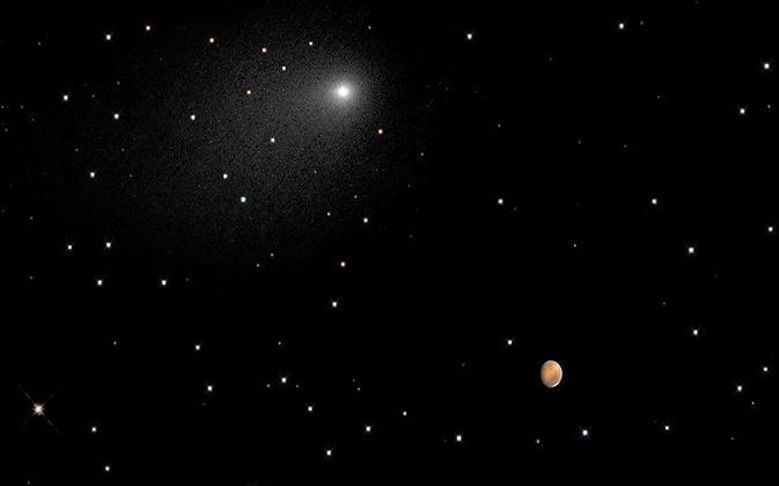 NASA’s Hubble Telescope captured a very rare occurrence last weekend (10/19/14) as comet ‘Siding Spring’ brushed past Mars – an event that may occur only once every million years.  The comet came within 86,000 miles of the Red planet on Saturday evening – roughly one third of the distance between the Earth and the moon

The image shown above is a composite of several images, pasted together to bring both bodies into clear view as they hurl past each other through space.  It shows the relative size and position of each during the time of the comet’s closest pass.

Scientists say the comet itself is only about 1/3 of a mile across, though the coma and tail are much larger.  The event should provide scientists with a rich source of new data, as well as more stunning images.

Siding Spring originating from the ‘Oort Cloud’ to be seen up-close.  The Oort Cloud is a spherical cluster of comets and icy objects orbiting beyond the outer-most planets of our solar system, believed to be remnants from our solar system’s conception.