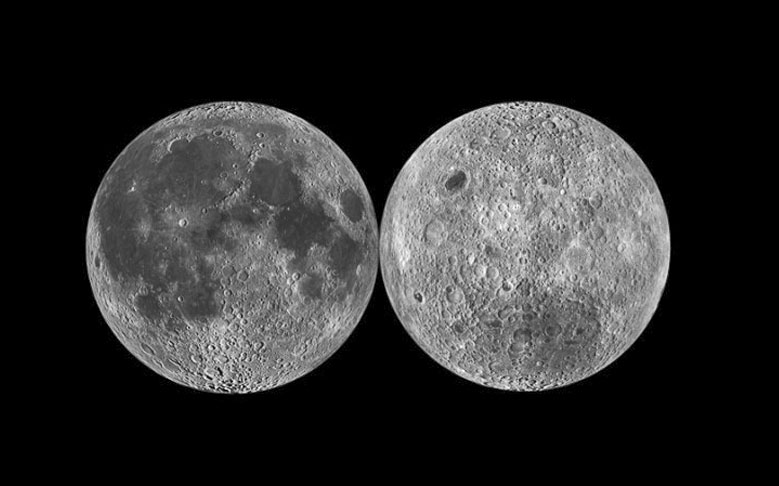 Ever wonder why the near and far sides of the moon look different?  Scientists have wondered the same thing for a half-century and finally have an answer. 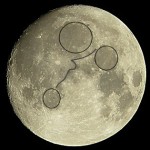 The ‘Man in the Moon’

The far side – which always faces away from Earth’s view – has a significantly different landscape from the near side that’s visible from Earth.  One of the outstanding features of the near side is a series of large, flat, basaltic seas appearing as dark areas that are called ‘maria’ which formed during meteor collisions. These maria are what create the appearance of a human face known as the ‘man in the moon’.  The far side has very few maria.

Astrophysicists Jason Wright, Arpita Roy, and Steinn Sigurdsson have concluded that these variations date back to the moon’s creation and are the result of differences in crustal thickness.

The moon is thought to have been created when a Mars-sized object glanced the Earth.  The impact created a circular disc of gas and debris that eventually coalesced into the moon.  The gravitational pull of the two created a synchronous orbit so that the same side of the moon always faces Earth.  After the collision, the Earth generated an immense amount of heat, making the near side of the moon molten while the far side slowly cooled.  As a result, the near side formed a thinner crust, making it more vulnerable to impacts.   When large meteorites struck, they broke through the thin layer of crust creating the ‘man in the moon’ appearance we see today.  But the far side of the moon’s crust was too thick to be affected by such collisions, which explains why it has such few maria.

The results were reported in the June 9 Astrophysical Journal Letters.  The research was supported by The NASA Astrobiology Institute and the Pennsylvania State Astrobiology Research Center.