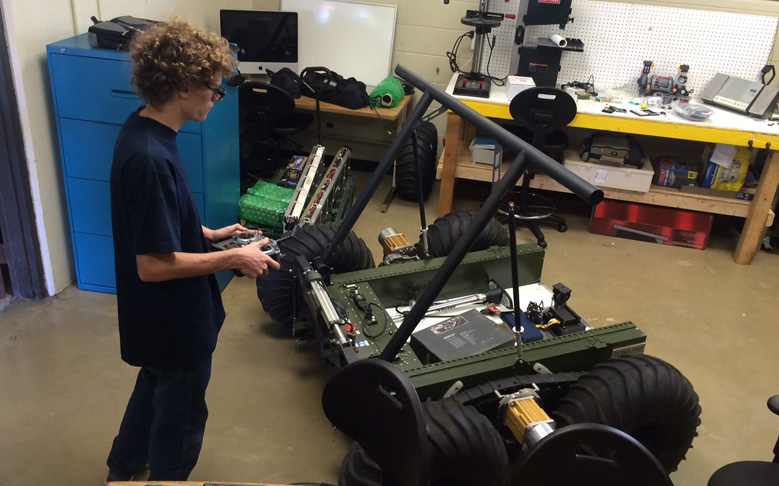 After a long journey from Canada and a pit-stop on Oahu for its official public debut, the PISCES Moon rover finally arrived at its final destination – the Center’s home base in Hilo. The robotic space vehicle was delivered on Wednesday, April 9th, to a lab where the PISCES team can begin outfitting the rover with instrumentation needed to do in-situ resource utilization (ISRU)* work.

Such instrumentation includes a Haz Cam (hazard camera), Mast Camera, GPS, flight communications interface that will allow PISCES to “talk to” and control the rover from anywhere on Earth, a fuel cell, and a payload deck. The installation of this equipment marks Phase 1 of the PISCES Robotic Village**.

*WHAT IS ISRU? It’s the process of manipulating raw materials on other planets into resources needed for human survival in space. The PISCES rover, for example, is designed to search the Moon for water and ice, which can not only be used to drink, but can also be broken down into hydrogen and oxygen – both of which are used to make rocket propellant.

**WHAT IS THE PISCES ROBOTIC VILLAGE? It will be a robotic testing area where PISCES will conduct ISRU demonstrations at its planetary analog site to simulate a space mission and test the rover. The PISCES analog test site is an ideal place to conduct simulations because the dirt and the terrain is extremely similar to the Moon and Mars.

One of the major components of the PISCES Robotic Village is the development of a highly-efficient, portable solar power system that can generate sustainable, renewable energy in space, 24 hours a day. This would fulfill the electrical needs associated with human and robotic space exploration missions (e.g. to power robotic rovers, space communications systems, etc.). 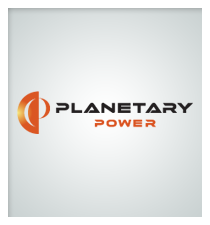 Leading the way for this portion of the project is Planetary Power, a Seattle-based company that manufactures solar and hybrid energy systems for off-grid and remote operations. In 2013, PISCES signed a Memorandum of Understanding (MOU) with Planetary Power. The company plans to send PISCES a solar power head in fiscal year 2015 for testing and integration.

Part of this testing involves producing energy by using Planetary Power’s power head to burn locally-produced biofuels, including plant waste and methane. That way, power can be generated around the clock, even when there is no sunlight.  Currently, photovoltaic systems (PV’s) can only collect solar energy while the sun is shining.

Here on Earth, success in developing such a system could potentially create another affordable, green technology option for generating renewable energy.

From an economic standpoint, the goal would be to bring Planetary Power’s product manufacturing to Hawaii. Under this proposed plan, the company estimates that 80 direct and indirect jobs would be created in Hawaii by 2017 and will reach 1,000 jobs by 2021.